The story opens in Paris where Curtin is attending a conference. As a perk, he is given a ticket to see the New York State Ballet perform “Three Muses.” Although he had been hoping to explore the City of Lights, he feels obliged to attend what he imagines will be a stuffy and boring production. But the ballet intrigues him and he is taken with dancer Symanova, whose evocation of the Muse of Discipline transports him back to his childhood. It’s a moment of intense, complicated feeling.

Although Symanova and Curtin meet briefly on the night of that Paris performance—Curtin buys the ballerina white roses after leaving the theater— their stories really intertwine follow- ing a chance meeting in the hospital where Symanova’s father is being treated and where Curtin works. The random encounter is less contrived than it sounds, and as they begin a fraught summer fling.

As the novel progresses, readers are made privy to Curtin’s back story and, with him, revisit Nazi ascendance in Europe. Toll’s description of the rapid-fire spread of anti-Jewish bigotry is horrifying, if well-documented, but it is her depiction of how Curtin’s life was saved that forms the crux of the novel. Corralled in a concentration camp, the young Curtin was forced to sing for the Kommandant each evening. Unbeknownst to him, his immediate family had been killed, a reality he discovers only after the war ends.

Not surprisingly, this revelation is foundational for Curtin’s unending need to bend over backwards for others. Why was he chosen to survive? Curtin wonders. Adding to his remorse is another bit of unearned good fortune: As a 15-year- old refugee, he was adopted by Selma and Barney Katz, a generous and loving Yonkers couple whose only son, Buddy, was killed fighting against Hitler.

As is obvious, redemption-by-any-means is imperative for Curtin and his story is both gut-wrenching and provocative. But it also offers an incisive, and rare, exploration of what it means to bear witness, remember, and move on from atrocities to again find joy and fulfillment in simply being alive. 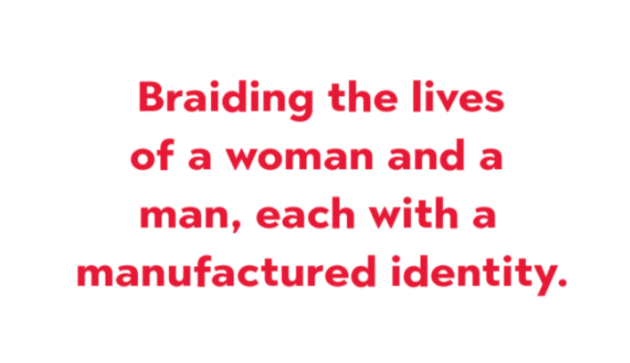 Symanova’s story is less traumatic, but it also includes struggles and suffering, Braiding the lives of a woman and a man, each with a manufactured identity. not the least of which was the death of her mother when she was seven. Symanova is entangled with macho choreographer Boris Yanakov, a man who has served as her artistic partner-mentor-lover for years. It was he who gave her her stage name and he who ensured that her career advanced. The price? Yanakov’s nearly complete control over every aspect of the ballerina’s public and private persona. “I am not my own,” a resigned Symanova tells Curtin.

And she isn’t. Or maybe she chooses not to be.

Both Symanova and Curtin are survivors of sorts, and while Curtin’s story is the more compelling, Toll’s nuanced writing masterfully illustrates how relationships–between family members, between romantic partners, and between past and present—are negotiated, justified, and processed.

Throughout, the three muses of the Greek Island of Boeotia–discipline, memory, and song—form an intriguing backdrop to the tapestry that draws Symanova and Curtin together. In the end, music– performance–saves them both. But the other muses also ply their trades, seeking meaning and satisfaction in their separate careers and ultimately, their separate lives.

Eleanor J. Bader is a frequent Lilith blogger and writer based in Brooklyn, NY.