As my mother drove a car full of kids to elementary school, I sat in the backseat, creating dough. The blue mixing bowl on my lap didn’t protect my clothes and the vehicle from a light layer of flour, and the practice was probably not the most sanitary, but the Friday was busy, and 7:30am was the only time for dough prep.

Challah, a staple of Shabbat, holiday tradition and Jewish cuisine, plays many roles: a rushed ritual in the back of a moving vehicle; the perfect bookends for a deli meat sandwich; a piece tossed across the family table; the loaf the dog can’t seem to get enough of. For Vanessa Harper, challah has become a space for shaping and sharing Torah.

Harper, a third year dual rabbinical and education program student at Hebrew Union College, only recently came into her relationship with challah. Growing up, Harper loved to cook but stayed away from bread making (challah included). A project that started as an attempt to gain confidence in bread making serendipitously escalated into an interactive way to teach the weekly Torah portion. Harper gave Lilith an exclusive challah making tutorial, and shared the journey of her project, Lechlechallah.

Vanessa Harper in her kitchen, photo by Noa Kattler Kupetz.

NKK: Tell me about the origins of Lechlechallah.

VH: Lechlechallah started completely by accident. I decided that I wanted to get a little better at bread making, so I thought making challah weekly would be a nice way to start. I was going to a Shabbaton with some of my classmates and it happened to be the Shabbat of Parshat Noach, and I’d been seeing all these rainbow challahs on Instagram, and so I brought this rainbow challah. My dean said, “Woah, Vanessa do you do this every week? Do you always match your challah to the torah portion?” And I said… well, I do now!

It started as a personal project, and I began putting it on Instagram because I wanted a place to be able to collect the images. Within a couple of weeks, it took off in a way that I didn’t expect. Even though it was an important part of my own practice of studying the Torah portion and connecting it to my own Shabbat table, it also took on this other quality of helping other people access Torah.

NKK: Describe your journey with Judaism and Jewish education.

VH: I was born in an interfaith family, and we always had a Jewish home. Though my dad didn’t convert until I was in high school, we were very active in our synagogue growing up. I was super involved in all the standard Reform teen things that one does. When I was in college, I started to study Jewish Studies academically, I loved it. When I was getting ready to graduate I was torn between, “Do I want to go get a PhD in Jewish Studies, do I want to be a Jewish academic… What do I want to do with my life?” On the very good advice of a mentor, I was told to take a year to work and decide what I really want to do.

The first job I got out of school was as the assistant education director at an amazing congregation in Washington DC. And so I was a full-time Jewish Educator for three years there, and then I spent another year as a preschool teacher at a Jewish preschool in D.C. That’s where I got a lot of the methodology behind using challah dough as a medium for interpretation.

NKK: Elaborate on how the preschool classroom inspired you.

VH: The more opportunities we can take to expand our learning into different mediums—through playing with sand, playing with clay, using all of our senses—the more accessible and meaningful learning can be. We lose that when we get older, because of the way our education systems work. And so part of [Lechlechallah] is an an attempt to help people reclaim a language that they might have lost. Working with the dough opens conversation for people. It may help people access something that might have been intimidating otherwise.

NKK: What is the Lechlechllah project?

VH: Last year I set out to do the whole Torah cycle. I kept it just in the Torah cycle because I didn’t want to break up the order with holidays. So this year, the focus is holidays and Rosh Chodesh. Originally it was just going to be the Torah cycle, making a challah for every parsha, and I wasn’t going to do any more than that. It was ambitious. I didn’t know what I was setting myself out for. There are some weeks where the parsha just doesn’t lend itself to challah, but I had to make something work. So a lot of my schedule got really shaped around, “I have to be able to make challah.” If I’m going to be on vacation, I have to make them the week before. It took over a lot of my life.

People were so invested, and I got so much feedback, so that’s what kept me going. I felt like I was doing it more for them than for me. I have [Instagram] followers from all over the world: Jewish followers, non jewish followers, people from every denomination. A lot of people have said, this has become my weekly Yorah study. That’s really encouraging, and that’s what’s gotten me through some of the hard weeks.

Lechlechallah is now transforming into challah making/Torah teaching workshops, using dough as a medium for interpretation. There’s something wonderfully subversive about how bread-making has been the province of women for so long. For so many centuries, women’s contribution to the Shabbat table has been the food and the challahs, and men bring the dvar torah. And so using the challah to bring the Torah is a feminist, subversive act.

NKK: How do you decide what to distill from the week’s portion or holiday?

VH: That’s one of the hardest parts. There are some weeks where an image will just jump out to you from the parsha. The beauty of using challah as an interpretive method is you’re looking at the text in a different way. So instead of saying like, okay, whats the sermon I can pull out of this, it’s what is the image that stands out to me, or, what is the bigger concept I can convey in an abstract form? It forces you to use different eyes, its refreshing.

There are also limits to what the dough can and can’t do, so there may be a weekly portion where I’m like, I have an amazing sermon for this but I just can’t figure out how to do it in the dough! You have to let the dough lead you too, a little bit. It’s a co-creative process.

NKK: What is your favorite interpretive challah you’ve made to date?

VH: That’s a very hard question. I think I have two. One is a Chukat, which is when Moses strikes the rock and water comes out. The challah I made is the rock and water spilling out (see below). For parashat Vaetchanan, I did a shin… And the one I did last week for Rosh Chodesh Shvat, which, whatever Instagrams algorithms are up to, didn’t take off, but it was three dimensional—I used a jar, and then the water pouring out of the spout was challah.

NKK: What is the symbolic significance of challah and the hamotzi?

VH: I could give you a long spiel, but here’s a short version. To some extent, our Shabbat table is a mini modern sacrificial altar. As the Israelites changed into Judaism over that long span of time, and we did away with sacrificial rituals and replaced them with prayer service and various other things, the shabbat table kept that space of the altar. The altar would have these “showbreads,” a little stack of basically twelve pitas. The traditional image of the challah on the Shabbat table is 2 loaves of six stranded challot. There is all kinds of significance to the number of strands, and people will give you a million different beautiful answers. One of the more biblically connected ones is that there is 6 and 6, so twelve braids, and twelve loaves, for the twelve tribes.

I love the hamotzi blessing because it’s so ironic when you look at it. God didn’t just bring forth bread from the earth— just made this, I can tell you how many steps are involved! But it’s also a reminder to step back on Shabbat and say, I spent all the week thinking about the things I’m doing, and how I’m trying to change the world around me and serve myself and serve the world, but this isn’t all about me, there are bigger forces in the world than myself.

NKK: Are there any lessons you’ve gained through Lechlechallah?

VH: There’s this great phrase from the Talmud, “en kamachen Torah”: if there’s no flour, there’s no bread, there’s no torah. Torah is nourishing, and bread is nourishing. Being able to bring them together for Shabbat or a holiday adds an extra level of meaning and thoughtfulness to what’s on the table.

On a practical level, I really learned the whole Torah. I hadn’t read every parsha (Torah portion) in full, in order, every week. Being able to look at them through the eyes of, “whats my big takeaway image that I get,” really changed the way that I looked at torah in a way that I think opened my eyes to new ideas. Also, it taught me that I could finish something! That I had enough creative juice in me to do 52 challot. It gave me confidence in myself as a creative person. I don’t identify as an artist, I don’t see that as part of myself, so it was nice to see that no, this is something I can still tap into. It helped me to see that everyone else can too — it doesn’t have to be an extraordinary feat.

I see myself as an educator. At the moment, I really want to expand Lechlechallah classes and focus on making this experience available to other people. I want to encourage Jewish educators to take kinesthetic learning seriously, and multisensory approaches to torah seriously, so that we can reach more people. There’s a little talk about maybe doing a book and, I don’t know, we’ll see. I’m also busy in school, so we’ll see if that happens. The classes I’m running now are funded by an entrepreneurial grant that my school offers, so that’ll take me through the rest of this year, and then we’ll see what goes from there.

NKK: For those of us now motivated to get challah baking, what recipe do you use for the dough?

VH: I use Deb Perelman of Smitten Kitchen, who I credit with teaching me to cook. She has a challah that I would make for Rosh Hashanah, which used to be the only time of year I would make challah. It has this amazing fig orange stuffing, but the dough itself is honey and olive oil and sea salt, so I just use the dough part of that recipe. It’s what I use every week, and it makes perfect challah—it’s very cooperative, and it tastes really good. 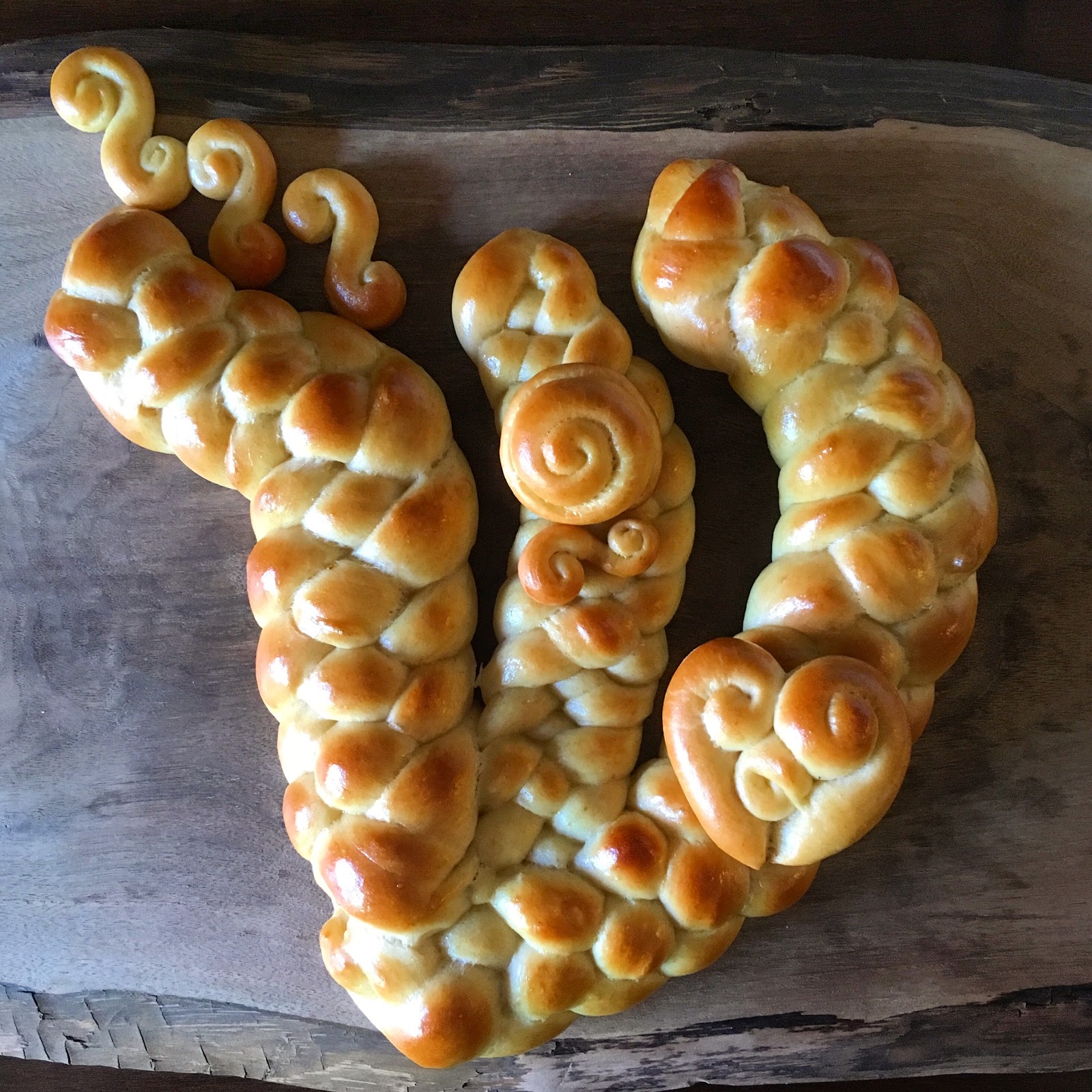 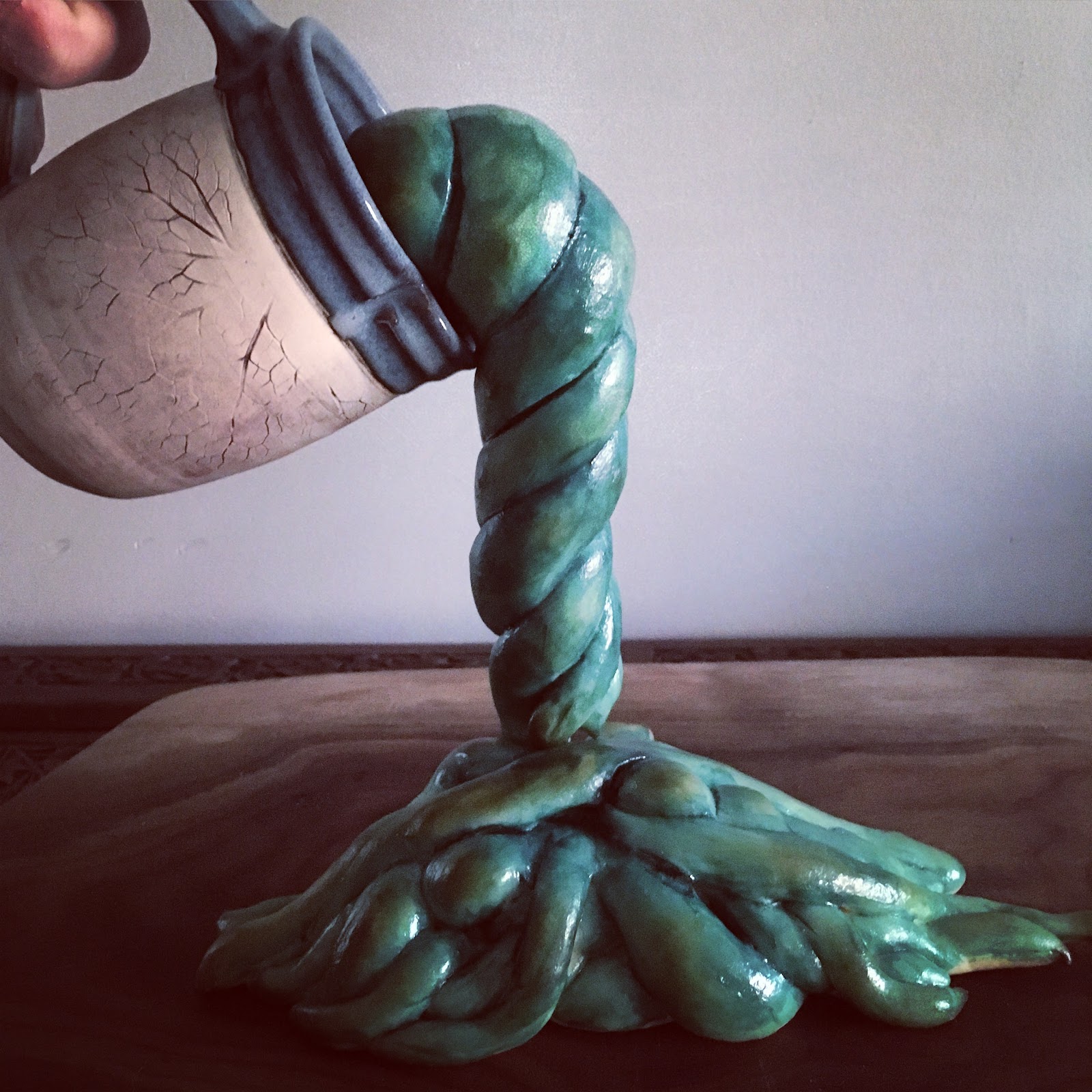 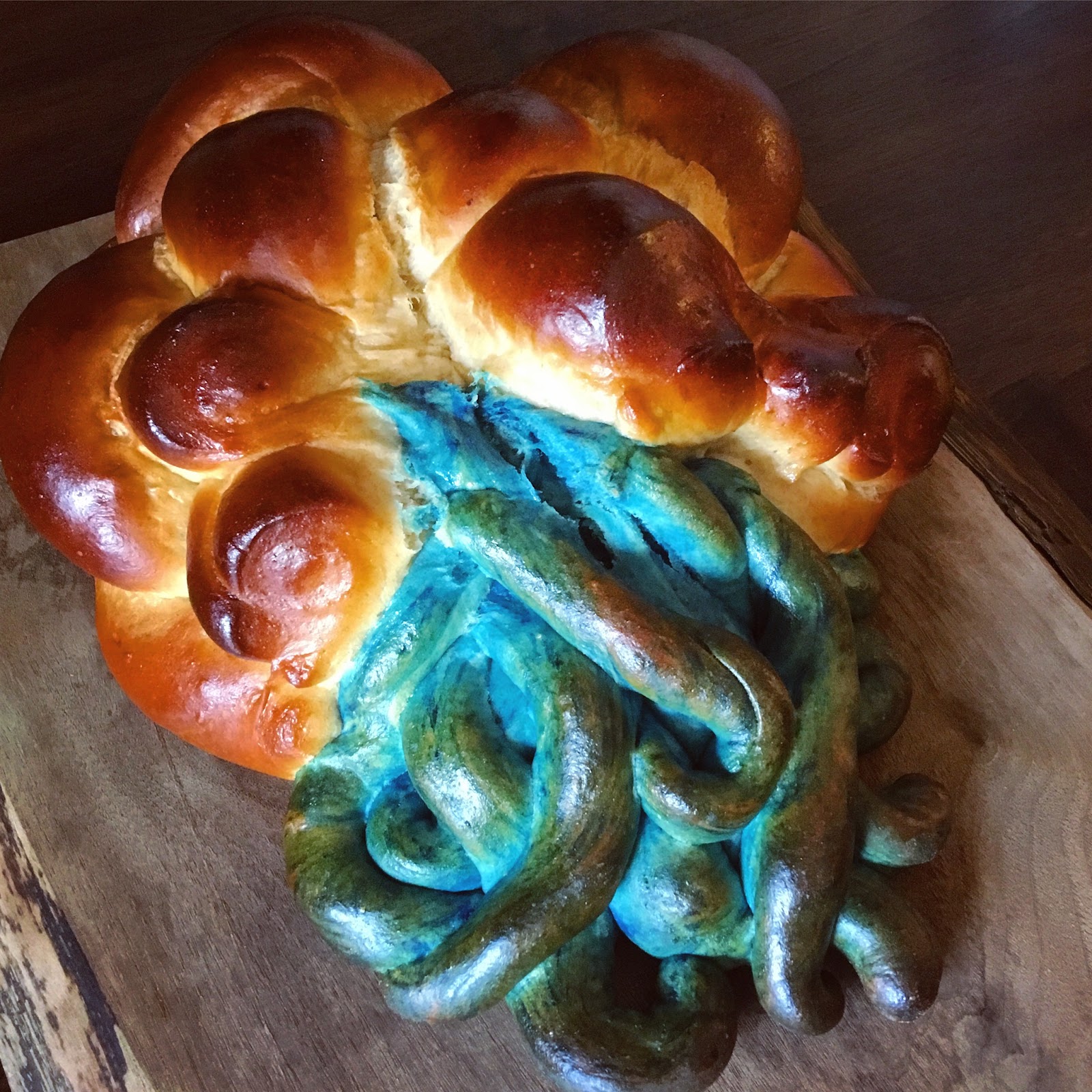