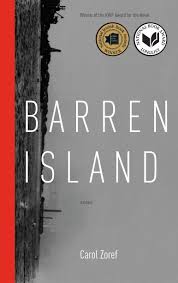 Told from the point-of-view of Marta Eisenstein Lane on the occasion of her 80th birthday, Carol Zoref’s novel Barren Island is the story of a long-forgotten factory island in New York’s Jamaica Bay, where the city’s dead horses and other large animals were rendered into glue and fertilizer from the mid-19th century until the 1930’s.