It would have been nice if my reentry into society had been something more celebratory; a birthday party. A dinner outing perhaps.

I wish that, after a year of so much grief—a global pandemic that exposed deep inequities in our healthcare system, nationwide reckonings around racial injustice and police violence, a massive power grid failure that left millions of Texans frozen in their homes—a road trip down to Austin would have been in commemoration of a policy change that enhanced the quality of life for residents of the Lone Star State.

That would have been nice.

Unfortunately, no such measures were considered, and that is precisely how I found myself on the steps of the Texas Capitol with a dozen faith leaders from across the state of Texas the morning of May 4, 2021. Led by Just Texas, a grassroots movement of progressive people of faith and faith leaders in support of reproductive freedom and LGBTQ equality, we had gathered to protest Texas Senate Bill 8 (SB 8), an extreme abortion ban that had rapidly made its way through both chambers of the Texas Legislature.

It wasn’t lost on me that the last in-person rally I had attended pre-pandemic had also been in defense of abortion access. On March 4, 2020, fourteen months prior, I had joined over a thousand reproductive rights advocates, medical professionals, faith leaders, and storytellers on the steps of the Supreme Court during oral arguments for June Medical Services v. Russo, a case testing the constitutionality of an anti-abortion law designed to shutter abortion clinics in Louisiana (the law was nearly identical to a Texas law that had already been struck down by the Court in 2016, I should add).

Just two weeks after our press conference, Texas Governor Abbott signed SB 8 into law, banning abortion as early as six weeks—before most individuals even know they are pregnant. Furthermore, this inflammatory law has a provision that allows private citizens to file a lawsuit against abortion providers or any other person they believe has “aided or abetted an abortion.”

As horrific as SB 8 is, until recently I had held out hope that this draconian law would not actually go into effect. Nearly every other extreme abortion ban, from Alabama to Ohio to North Dakota to Kentucky, has been temporarily or permanently blocked by the courts, and the law was not set to go into effect until September 1. Unfortunately, no eleventh-hour judicial relief has come, and, as of today, abortion access in Texas is in an even more precarious position than ever before.

As a woman and a native Texan, I am scared. As a future rabbi, I am furious.

I believe that one of the most beautiful aspects of the rabbinate is the ability to accompany others in moments of both joy and pain. Clergy are oftentimes the first people individuals may turn to when faced with difficult decisions around pregnancy, and I can’t help but worry how Texas’ new law will impact the type of pastoral care clergy are able to offer their congregants.

Beyond the religious freedom implications that an extreme abortion ban carries, SB 8’s provisions to allow any private citizen to sue another private citizen for “aiding and abetting” interferes with the sacred relationship clergy members have with the communities they serve… As a Jew, I am guided by the principles of kavod ha’briyot, respect for individual dignity, and pikuach nefesh, the sanctity of life. Banning potentially life-saving medical procedures and interfering with a patient’s decision-making and moral agency runs contrary to the Jewish commandment to protect life.

In the wake of Texas SB 8 going into effect, I hope you will join me in supporting the important work of any of the following organizations below:

The Abortion That Saved Me 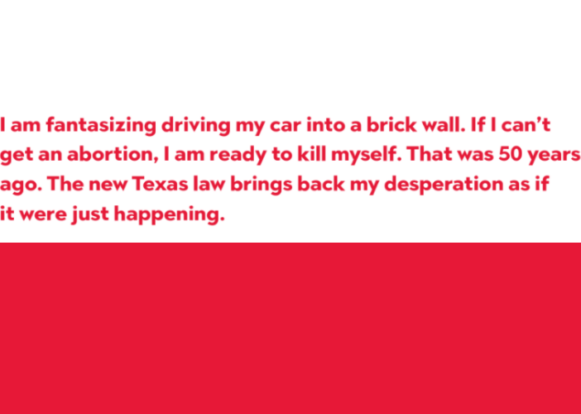 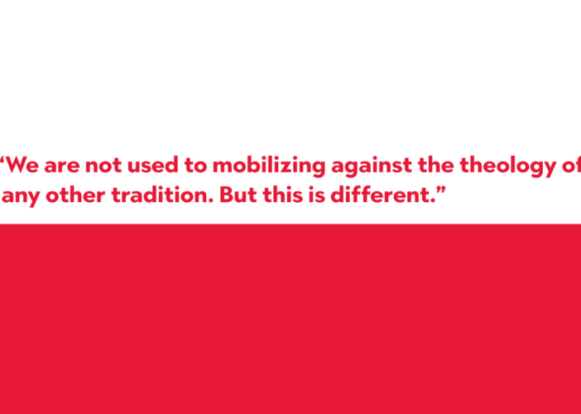