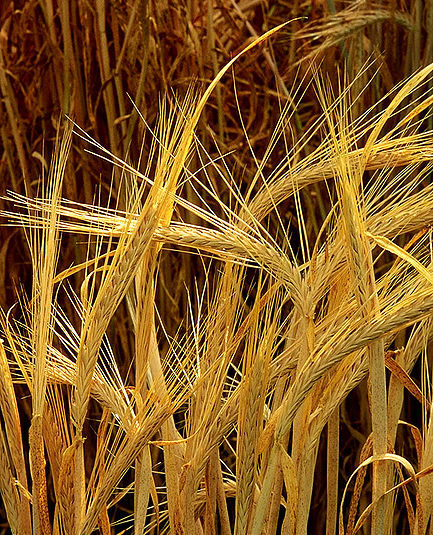 Counting the Omer Through Poetry

Perhaps counting the Omer, the days between Pesach and Shavuot, can become a time when the counting provides another kind of embodied pacing.

A Journalistic Room Of One’s Own

In a feat of journalistic longevity, Lilith: The Jewish Women’s Magazine, has been around for 35 years now. Along the way, the quarterly has sought to merge the wider women’s movement with the world of Jewish feminism. On the occasion of its 35 anniversary, The Jewish Week asked Lilith founding editor Susan Weidman Schneider to reflect on the issues that have animated the magazine’s coverage.

Paula Hyman was at the forefront of the religious and intellectual struggles that generated these changes. Her influence extended both into the academy and far beyond it, affecting the lives of Jewish females in schools and congregations in ways of which many are still unaware.

Are Jewish Sororities an Untapped Opportunity?

Cross-posted with eJewish Philanthropy. I’ve been revisiting a 1997 article in Lilith entitled “Jewish Latency,” featured on the cover as “The Jews We Lose.” It’s all about a project Lilith created with the help of a grant from New York UJA-Federation to engage New York Jews in their 20s, just out of college, who found… Read more »

Women Are Not Part of the Intergenerational Schism in Jewish Life

Cross-posted with eJewish Philanthropy. eJP has reported several times on the conflicts between emerging/ startup organizations/ courting the young vs Boomers/established brands/”legacy” organizations. Here’s other news: this tension does NOT come to the fore in the world of women. Women’s legacy organizations have often been funders of, supporters of, and horn-tooters for projects initiated by… Read more »

We Are What We Wear?

Cross-posted with eJewish Philanthropy. We all have narratives we tell ourselves about clothes. The inherited fur you can’t wear and can’t part with; the dress from a landmark simcha, too fancy for Goodwill, too out of date for the resale shop; that ratty hoodie from Camp Ramah. And more. Please tell us your story on… Read more »

Cross-posted with eJewish Philanthropy. You may have noticed that the gala benefit season is in full swing, and extreme donor fatigue has set in for some. In an email last week, a friend began by moaning, “I hate these things, and rarely go. But please come with me.” Jews aren’t alone in this suffering. The… Read more »

Cross-posted with eJewish Philanthropy. How do women move from diagnosing what’s wrong with the world to taking action to improve it? I had ample opportunity to mull this over when I attended the National Council of Jewish Women’s triennial convention in Dallas earlier this month. When I’d been honored by them three years ago as… Read more »

In Shifra’s Arms puts out inaccurate information about abortion risks, including reiterating the utterly disproven hypothesis that abortion increases a woman’s risk of breast cancer.

Our Bodies–As We See Them, and As Others Do

This season has seen a crazy explosion of outdated and limiting images of women, often specifically Jewish women. Is it the recession? Does economic anxiety cause people to unleash these thoughts? In its December issue, Details magazine, that laddie mag for men in a state of arrested development, ran a feature entitled “The Rise of… Read more »