Last Monday I went to an event called “Eating Local in Brooklyn,” hosted by the uber-foodie organization, Slow Food NYC. I didn’t realize, walking in to the event, that I would walk out wanting to read local in Brooklyn instead. Sitting down to nibble the pickled, Brooklyn-grown eggplants and sip beer brewed in the borough,… Read more » 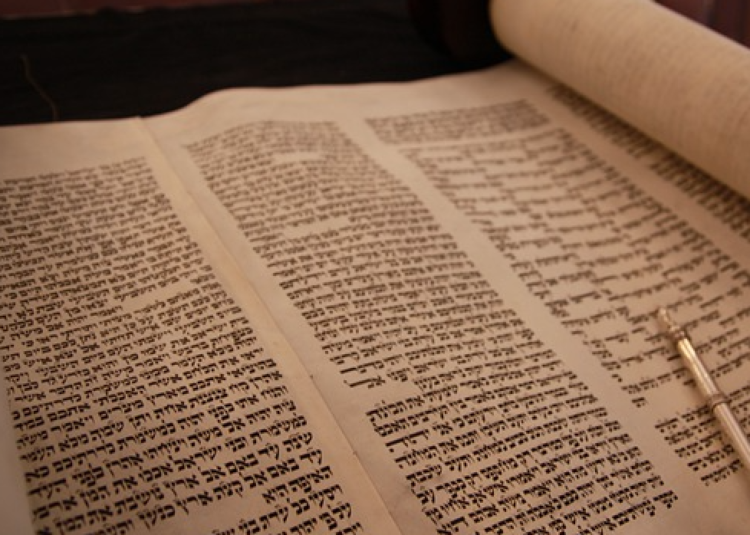 I Am Woman, Hold My Torah

The observance of the Simchat Torah holiday, the time when Jews celebrate the end and beginning of the Torah reading cycle, was particularly celebratory — and historically significant – this year. It marked what is believed to be the first ever women’s Torah reading on the Lower East Side of Manhattan – and it was… Read more »

The question of nation and religion loomed pretty large for me this week. I took John McCain’s comment that America is a Christian nation as further proof that he’s completely lost his mind (never mind any shot at the nomination). Jon Meachem writing a Sunday op-ed in the Times clearly differs in his opinion; he… Read more »

Food and grief go together in the Jewish tradition. Shiva, the seven day period that begins after a funeral, begins with seudat havra’ah, “the meal of consolation,” and gifts other than food are discouraged. We eat to feel comforted in a time of loss. We eat to have something to do. We eat to share… Read more »

The Battle of the Sexes in Israel

Two controversial decisions are being made in Israel right now regarding the equality of the sexes. The news that encompasses more of the country is that an Israeli Defense Forces commission called for the full integration of women into the Israeli army, causing a stir among both military officials who believe the move could detract… Read more »

A Small World, After All

I’ve had, for obvious reasons, Sukkot on the brain this week. One of the themes I’ve been dwelling on, if you’ll forgive the pun, is that of the small world. When we “dwell in the Sukkah,” we’re meant to shrink our whole world down and fit it in. And whenever I stop to really notice,… Read more »

What do you get when you cross sexy, meat-eschewing superstars with an attention hungry activist organization? PETA’s first ever “naked veggie testimonial PSA.” The People for the Ethical Treatment of Animal’s new flesh-filled campaign features Alicia Silverstone saying very little (and wearing less). She hops out of a pool, purrs about the benefits of being… Read more »

Vow Making in the New Year

The High Holiday season maybe technically over, but the lessons we take away will, I hope, linger a bit. I had the pleasure of spending Kol Nidrei at Rabbi Judith Hauptman’s Ohel Ayalah services, and, as expected, I had a phenomenal time. Rabbi Hauptman brings an upbeat and genuinely friendly feeling to the services; we… Read more »

Madawna? She loves us! In case it wasn’t already apparent, it is now officially official – Judaism is so hot right now. Madonna, the queen of hot-right-now, has announced herself an “ambassador of Judaism,” to Shimon Peres, no less. Oy, what would Golda Meir think? Madonna — excuse me, Esther — has been into Kabbalah… Read more »

Sukkot is coming up next week. As a self-described natural Jew, I love this harvest holiday. I love decorating a sukkah with gourds and juicy apples (or in the case of my friend Julie’s sukkah two years ago, Jackson Pollack-style splash paint). I love that it’s a time of year when Jews unabashedly sniff citrus… Read more »

Be a part of the story

Cannot get other user media. API shut down by Instagram. Sorry. Display only your media.