One of my most painful tasks, as an editor here in these cozy LILITH offices, is that of rejecting manuscripts written by Holocaust survivors. How can an editor ‘select out,’ as it were, a manuscript that begins: “Beloved Tatteh, dead of starvation . . . ,” or another, just arriving in the mail this morning: “Sorting laundry at Auschwitz, I found a rag doll in a child’s coat, a little rag doll wearing a little green dress and a little red hat. I tucked it into my striped prison overalls, but was discovered and sent to the punishment block. My gassed children had had dolls like that.”

Ten years ago, LILITH received perhaps one Holocaust manuscript per week. These days it’s more like one per day— plus a river of Holocaust-related non-memoirs: fiction, poems, children’s books, academic treatises, manuscripts from the children of survivors (and even some from these children’s children). There is simply no way that we can publish it all.

As Holocaust survivors age, many who have never publicly told their stories before are now hastening to do so: at ages 60, 70, 75. But this resolve—to bring up their hidden stories— incurs significant psychic cost. Realizing this at LILITH. we find ourselves treasuring each Holocaust memoir we receive in the mail, keeping all of them (even those we’ve ‘rejected’) in a blue plastic vertical file that I now patently realize—as I write this—is our own holy Genizah: our reliquary where sacred articles which are not (now) usable, but which according to Jewish law cannot be destroyed, are stored.

In being privy to these harrowing narratives, I’ve come to feel that I’m in the presence of kiddush hashem—that is, acts of religious martyring (like “witnessing’ at the expense of the self s safety), Sanctification of the Name.

These manuscripts uphold Judaism’s ’11th Commandment’: Zakhor, remember, recount. Zakhor is a natural corollary to the fifth commandment (“Honor Thy Parents”): “Honor Thy Children.” Honor us with your stories (however painful they are to tell), with the transmission of sacred history, of which your life is a part.

I’ve become aware, in working with these expensive documents, how grateful I am to be living during survivors’ lifetimes: to be a part of the “generation after.’ I’ve come to feel an almost implausible intimacy with other Jewish ‘generations after’: the generation after the Inquisition, after the Crusades, after the destruction of the first Temple in Jerusalem, after the second. I am grateful that this generation of survivors is still alive during my lifetime.

We need to acknowledge that the sand is indeed running out of the hourglass. Survivor Tikva Slomovic tells her students, “You have a survivor here, a live person. There aren’t many of us. Soon there will be nobody left to tell what we lived through. When we’re all dead, we’ll have an outpouring of Holocaust denial literature.'” Tikva’s fears parallel our own. The next century will bring not only scholarship, but myth-making, official distortion and neglect. In the Jewish community we will take on one more vised layer of unconscious collective “Jewishness,” with whatever that entails: paranoia, generosity, introspection, grief. .. .”

When LILITH set out to publish the following five Holocaust-related stories, we remembered that there are two ways of spreading light: to be the candle or the mirror that reflects it. Clearly, survivors’ manuscripts are the candles; how could LILITH provide mirrors? And so LILITH staffer Justyn Lezin and myself sought out five educators to help us pensively amplify the lessons taught by the Holocaust. Survivor Tikva Slomovic, one of these educators, challenges us, indeed, with the most closely held mirror: Are we valuing aging Holocaust survivors enough—or are we already courting excruciating regret because we have failed to do so?

How to Hide: Instructions from a Daughter of Survivors

A daughter of Holocaust survivors gives us chilling instructions. Responding: Nechama Liss-Levinson, a writer and psychoanalyst. 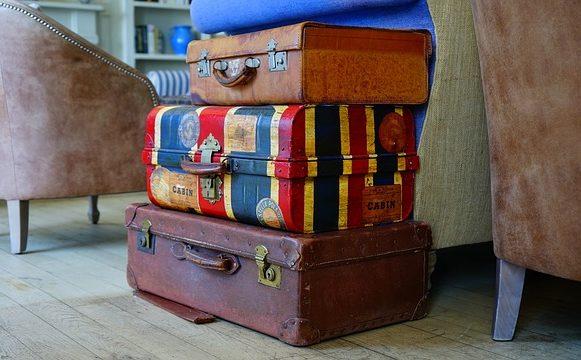 by Basia, as told to Liane Clorfene-Caisten

A Week in the Warsaw Ghetto

A special Holocaust section: five women’s stories of survival, tools to teach these texts to future generations.  How a huppah quilt became a record of dearest family and friends.