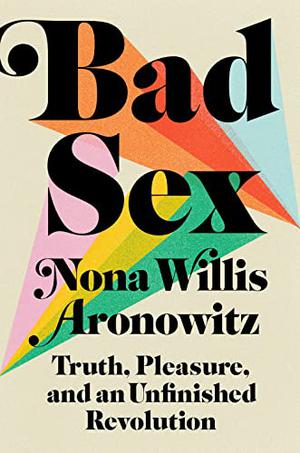 In March 2017, I embarked on a road trip through Texas to recruit local writers. It was ostensibly for work—I was an editor for a news and politics website at the time, and post-2016 election, media outlets were obsessed with figuring out how they missed the biggest story of the year.

But I was also hitting the road for a personal reason. In the months prior, I had ended my marriage and sent my relatively stable life into freefall. My ex’s and my sexual and intellectual connection was weaker than I wanted it to be, and yet I had stayed years after I’d started having doubts. At 32, an age during which many people are far down the heterosexual conveyer belt of marriage and children, I had finally admitted to myself that I wanted something else. I’d moved out of our shared apartment in September, and my life had been a blur of highs and lows, of crying and dating, of exhilaration and loneliness. I needed some time to take stock.

Texas’s hubs are all over the state, so I had many long hours to fill with my own thoughts. I’d just left an unsatisfying marriage.

What did I want instead? Here’s what I came up with: I wanted adventure, but also security. I wanted amazing sex, but also emotional tenderness. I wanted erotic pleasure to be a huge part of my life, but I also wanted to be free of its power over me. I thought hard not only about my desires, but about the social context in which my desires existed. I’d always been raised that the personal was political. My mother, early radical pro-sex feminist Ellen Willis, had encouraged me to be conscious of how sexism worked in society and all the ugly and insidious ways it can show up. My desires seemed to fit right into the goals of feminism, but were they even possible? I’d taken a huge risk by ending my marriage, but my divorce felt like a starting point rather than a destination. I’d experienced moments of freedom and pleasure in the last few months, but I’d also come up against endless roadblocks to true sexual and romantic liberation.

It was during those flat stretches of road flanked by oil rigs, amid the chalky ochre of the Chihuahan desert and the tangle of urban highways, when I started to conceive of a book that placed my personal journey within a bigger context of the intertwining, decades-long unfinished movements of both feminism and the sexual revolution. As soon as I got back from Texas, I started reading. I read about my mother’s generation first, scouring the annals of Second Wave feminism, but then I stretched back further to turn-of-the-century Philly and the anarchism of Emma Goldman and the sex radicals of the 1800s. Each time I’d enter a new phase of my personal exploration, I would consult how the revolutionaries of the past responded to a similar problem. My mother died when I was 22; her writing, and the writings of other women throughout history, became my guides instead.

This is how Bad Sex began to take shape, as a genuine melding of personal tumult and political education. Even as I wrote, more things happened: I moved in with a new partner, a global pandemic upended our lives, I became pregnant with my first child. Every time my life changed, I tried to find answers in this history. Bad Sex isn’t filled with definitive conclusions; the one thing I’m now sure of is that there’s no such thing as a static sexuality. But hopefully reading it still provides clarity, in the way a long, twisty, solitary journey can.

Nona Willis Aronowitz is the sex and love columnist for Teen Vogue and the author of Bad Sex: Truth, Pleasure, and an Unfinished Revolution, published by Plume, an imprint of the Penguin Random House, LLC.