IF YOU WERE LUCKY ENOUGH to have worked at Lilith in the 1990s, you would have been wit- ness to a historic jiff. Overnight, it seemed, some great sluice gate had broken open in the universe, and hundreds upon hundreds of Holocaust memoirs got written and published all at once.

Our office was submerged in them. It felt morally injurious to not find space in Lilith’s pages for each and every survivor‘s tale, but all we could do, like sorcerers’ apprentices, was box the books up unendingly and launch them into their next lives in libraries’ Holocaust collections. “The ceremony of innocence is drowned,” we thought at the time. “What rough beast…slouches to be born?”

What we were seeing back then was trauma’s long game, how it plays itself out across the lifespan. Survivors, after the Second World War, had thrown themselves into and through the “American dream”—raising kids, making a living, buying a home, sending those kids off to college—but now, as sexagenarians, septuagenarians, even octogenarians (!), their “selves” were done with being episodic and discontinuous; weightless and exiled. Retrospection creates schemas that allow for self-integration—the ends of a rainbow yearn to connect. And that’s what we were witnessing in real time: history making itself, remembering itself, narrating itself, healing itself, while we stood thigh-deep in survivors’ lived lives and beheld something staggering.

But to be a Jew has always meant to carry and to master trauma, and we Jews, in our signature, culturally specific style, have relayed this torch through decades, centuries, and millennia by writing and reading, and writing and kneading, nar- ratives until they are canon. “I was there at Sinai,” “I Have Lived 1000 Years,” “By the rivers of Babylon….,” “A Search for Six in Six Million,” “God brought me out of Egypt,” ‘Zachor!,” “Number the Stars.” Personally, I have always felt, in some primal way, more intimate with my vertical community—those Jews who came before me, and those who will come after—than with my horizontal one. It’s a kind of “filial piety” on steroids.

And this is where the more particular subject of this essay comes in, because, in these last few years, we are again witnessing an unbelievable cataract of books that address the Holocaust. This time, though, it is not the survivors who are writing them. Instead, as the shrinking denominator of survivors is sucked through the heartless waist of the hourglass, novelists are penning these volumes; some so young that they’ve never seen tattooed numbers on a survivor’s arm. If you type “new Jewish fiction” into Amazon, you’ll be blown away by the sheer number of Holocaust titles. It’s a literary sonic boom thirty years after the original one … and it seems grounded, as in my very own case, in reverberant filial piety.

My first reaction to this “second wave” of Holocaust volumes was, to be honest, kind of horror. Who would dare turn unspeakable Jewish suffering into make- believe? As Elie Weisel famously said, “Writing a novel about Treblinka is either not a novel or not about Treblinka”

Who could possibly feel entitled to ventriloquize people who were sent, en masse, to their deaths?

But as I read through the towers of fiction in my office, I came out in a very different place. Jews, even in the 2020s, are still processing trauma and grief. The Holocaust has become not only Jews’ mother-tongue, but our grandmother-and even great-grandmother-tongue as well. I read a stack of these novel this year to get the scope of the field–see the sidebar for books that lean heavily on non-fiction, like the breath-holding Last Train to London; those that darkly question their own right to exist, like The Teacher; and everything in between.

No matter the novel, the Holocaust, it seems, is our pig in a python, mov- ing slackly and visibly through us, but as yet significantly undigested. Trump, the far-right’s fascism, the realization that democracy is fragile, renewed antisemitism, even global warming, have all “kindled” (as psychologists say) latent anxieties that reside, alive and well, inside of us, even today. These days, when we think about Kristallnacht following the Anschluss by only eight short months, it feels triggering in a newly sober way. It feels proleptic, the endless carousel, Nietzsche’s Eternal Occurrence.

I started recognizing, in the novels I was reading, the presence of the thera- peutic strategy called “turning passive into active,” which is the healthy human inclination to dispel anxiety by turning towards something that promises agency and control. This is the developmental subtext of the popular children’s series “Choose Your Own Adventure,” in which a child can be master of her own decisions in the larger context of minors’ societal disempowerment: “If you want the story to go Here, turn to p.35; if you want it to go There, turn to p.50.” In uncertain times, all of us are children. Even if we were born, say, in 1985, we can still channel Holocaust fears and even survivor’s guilt. We master trauma by imagining outcomes that we construct ourselves; writing fiction, indeed, speaks to this.

It is also true that there is an organic peristaltic process by which those who were historically marginal drift towards the center over time. For decades, for example, Jews hidden during the Holocaust as children distinctly understood themselves as non-survivors, and it wasn’t until the 1990s that they started self-validating as Holocaust survivors themselves—a re-narration that they experienced as enormously healing. In the same vein, Holocaust novelists are migrating to centerstage right now … just as the last survivors disperse centrifugally into history’s mists. The current boom of fiction seems to be taking its natural place in the reverent, psychologically integrated chain of “rememberers.”

For far too long, I think, Theodor Adorno’s famous dictum—that to “write a poem after Auschwitz is barbaric” (like Wiesel’s claim about Treblinka—held centerstage, even silencing some actual survivors themselves. However, H.G. Adler, a less well-known write—who survived multiple concentration camps—main- tained the opposite: that the only way one could hold on to the thinnest strand of felt humanity, as one cycled through Dante’s circles of Hell, was to constantly pen poems and fiction in one’s head.

After reading so many Holocaust novels, I buy what Margo Jefferson has writ- ten, that “history cannot exist without the discipline of imagination,” and I also feel a different kind of solidarity with an artist like Walker Evans, who consistently called his medium “fiction-making” despite the world’s implacable insistence that he was a “documentary” photographer. In the Riga Ghetto, in 1941, Simon Dubnow begged Jews to remember what we have always done with our suffering: write it and write it until it is memory and then fully canon: “Yidn, shrayabt un farshraybt” (“write and record”), he admonished. He said nothing about fact versus fiction, which, indeed, are some- times falsely dichotomized.

When it comes to the injunction to read and to write and recite and to thereby seal Jewish experience, the Passover Haggadah is arguably Exhibit 1: “Teach this text to your children,” it enjoins us, over and over. “Whoever elaborates on this story, whoever tells the story all night,” the sages add, “is worthy of unending praise.” W. H. Auden put it in a more literary way: “To me, Art’s subject is the human clay/ And landscape but a background to a torso.”

Holocaust novelists are unquestionably staying up all night for us. They–at least, the vast majority of them–deserve our praise. 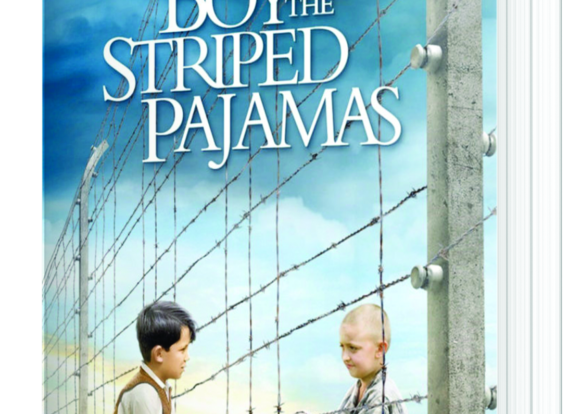 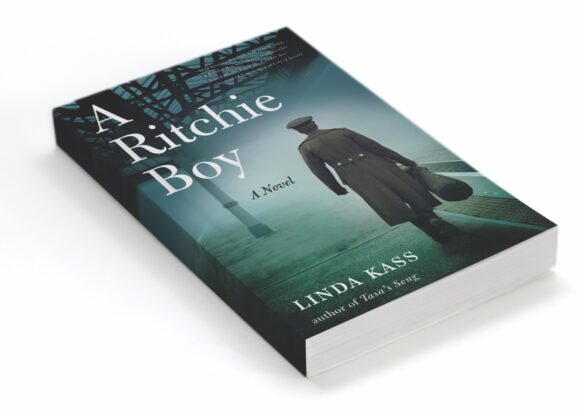