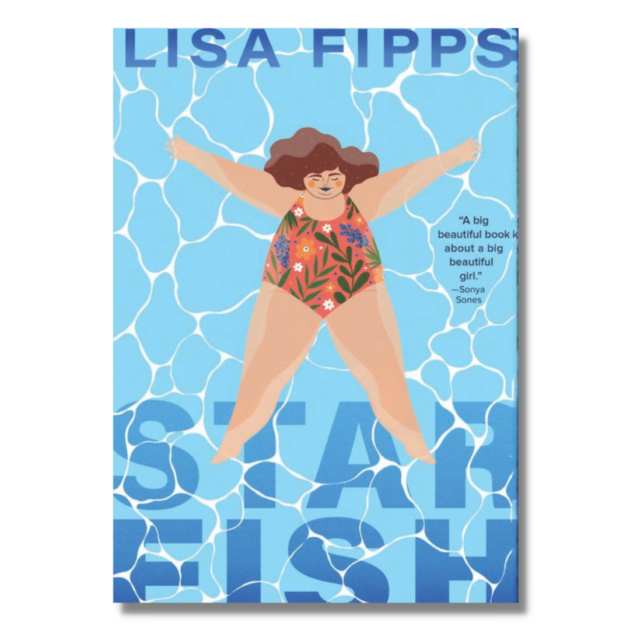 Starfish by Lisa Fipps (Nancy Paulsen Books, $17.99)
“You don’t deserve / to be seen or heard, / to take up room, to be noticed / Make yourself small.” Such were the “Fat Girl Rules” Eliana Elizabeth Montgomery-Hofstein began learning at age five, when she cannonballed into the pool at her swim birthday party and expected applause—which she did not get. This debut novel in verse about bullying and body negativity is narrated by middle-school Ellie, who takes refuge from the cruelty of classmates in the school library during lunch, and reflects that the true Hanukkah miracle is when her mom doesn’t say a word about calories at their holiday barbecue. 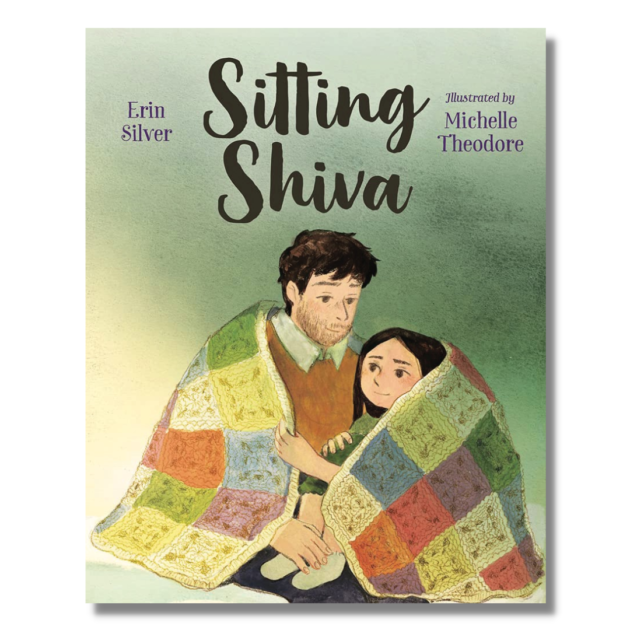 Sitting Shiva by Erin Silver, illustrated by Michelle Theodore (Orca Book Publishers, $21.95) “We light birthday candles to celebrate another year of life. But a yahrzeit candle is the opposite—it’s lit to remember someone who has died. Its flame will quiver, and then flicker out on its own—…” Beautifully distilled, and simply told from the sorrowful perspective of a small girl who notices concrete details: her dad’s beard scratchy from not shaving and the rip in his shirt, the cushionless couch so they can sit low. And she also shares, as she misses her mom who has died, her mixed feelings and confusion as she thinks she shouldn’t smile or play with a friend, or enjoy food, while at the same time letting in extended family and friends who want to offer their care—a response common to many religions—because mourning “is not a time to be alone.” 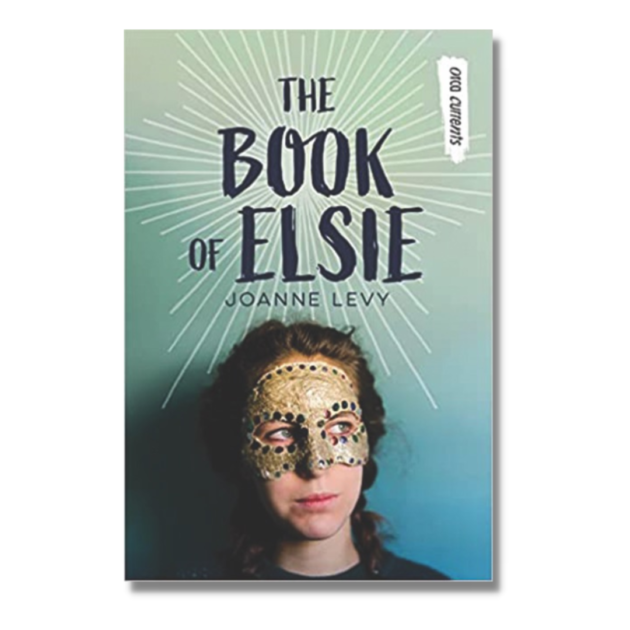 The Book of Elsie by Joanne Levy (Orca $10.95) Elsie and her Dad and Abba and grandparents are active members of a temple where she looks forward to having her bat mitzvah in a year. Meanwhile, she wishes she could invite her non-Jewish, Black best friend to the Purim party where Elsie plans to come in costume as a fierce and beautiful Queen Esther, known for saving the Jewish people. On discovering that the synagogue is in such a dire financial situation that it will be cancelling the party, Elsie comes up with the mostly well-received idea of having the Purim celebration be open to the general community as a fundraiser. Complications including antisemitism and racism ensue in this middle-grade novel which ends on a sobering but also poignant and hopeful note. 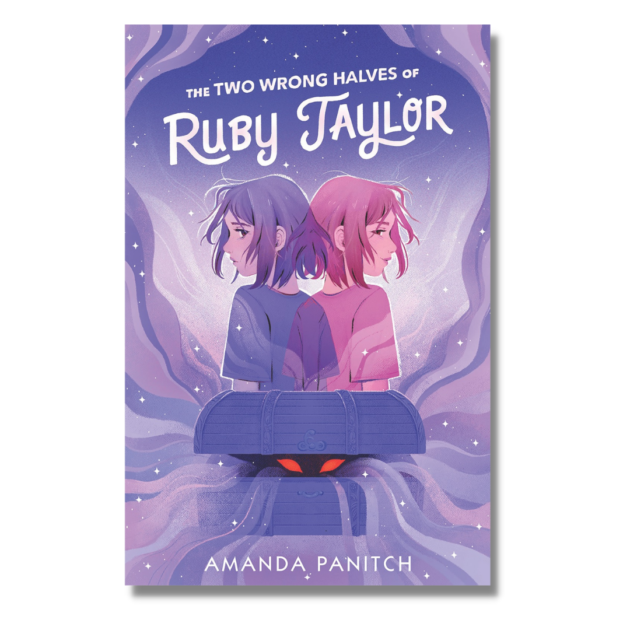 The Two Wrong Halves of Ruby Taylor by Amanda Panitch (Roaring Brook Press, $18.99) Pre-bat mitzvah-age narrator Ruby, a Jew by patrilineal descent, feels she is always the unfavorite of her Grandma Yvette, who holds traditional views on both religion and gender, and who favors Ruby’s age-mate and perfect-In-every-way cousin Sarah. When Sarah begins acting out in rebellious and dangerous ways, the cousins’ erstwhile best-friendship is severely strained just as the concerned extended family realizes Ruby is their best hope for reaching out to help Sarah. There is a presumed dybbuk in this story too. 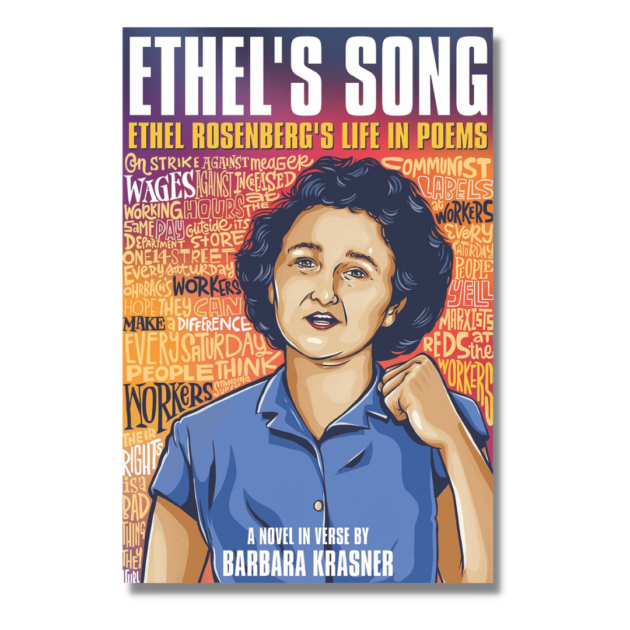 Ethel’s Song: Ethel Rosenberg’s Life in Poems, a novel in verse by Barbara Krasner (Calkins Creek, $17.99)
“Wash out your baby brother’s diapers,—darn your oldest brother’s socks, / slip from your middle brother wrestling holds.// Most of all, stay out of Mama’s way./Her tongue whacks like a leather belt/catching on my ten-year-old confidence.// Some girls may place their ambitions/ in hope chests. But here on Sheriff/Street, here in the tenements// of New York City’s Lower East Side, / we children of immigrants sweep them / under the beds like dust.” Ethel Rosenberg (1915–1953) grew up working class, had to quit school to support her family, loved to sing, was engaged in social justice and labor activism and inspired by Communism. She became a devoted wife and mother of two young boys. She was never a spy, but was executed for treason along with her husband, Julius Rosenberg, who had been a spy for the Soviets—though not a very productive one. Imaginatively told in poems from the point of view of Ethel, the backmatter in this historical novel includes an epilogue, source notes and a timeline of events leading up to Ethel Rosenberg’s execution, a tragic travesty of justice.

Naomi Danis is an editor emerita of Lilith and the author of many popular children’s books, most recently Bye, Car.