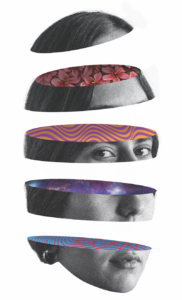 Coming from the Jewish tradition, I have used dream practice to reclaim and renew early Israelite ways of meeting God.

In the Bible, dream practice is a source of revelation. Before tablets were carved or scrolls were inscribed, Abraham dreamed of a flaming torch; Jacob dreamed of a ladder linking heaven and earth; Joseph dreamed of sheaves of wheat; Pharaoh dreamed of seven lean cows. These dreams are some of the first revelations within the Torah itself, in which the Divine “speaks” directly to an individual through their dreams.

But as the Bible goes on, the role of dreams begins to shift. In Numbers 12, God chastises the prophetess Miriam and her brother Aaron for questioning their brother Moses’s leadership. God tells the pair that all prophets but Moses receive visions and dreams. But with Moses, God speaks clearly, “not in riddles.” God then banishes Miriam (not Aaron—Miriam seems to be the main target for God’s rage) from the camp for her critical words. This episode is clearly a rejection, or at best a marginalization, of dreaming prophets. This text marks a change, sometime in the biblical period, from the prophecy of dreams to the prophecy of Moses, which according to the text has greater clarity. Indeed, as Rodger Kamenetz notes in his book The History of Last Night’s Dream, as soon as Torah became a fixed text, authorities (both in the Bible and in the Talmudic era) began to be nervous about treating dreams as revelation, lest they contradict the text. This shift in the preferred medium of prophetic transmission as recorded in the Bible is consistent with a larger historical development occurring throughout the Near East and the Levant.

In The Alphabet Versus the Goddess, Leonard Shlain explores how the shift to alphabetic writing moved cultures toward text and away from images as a primary source of wisdom. This shift, Shlain believes, coincided with a devaluing of the feminine, and specifically a devaluing of the image of the Goddess. This shift away from image is the same shift that moves the biblical authors toward textual prophecy and away from dreams. This is because, as theologian Natalie Weaver writes: “When revelation and truth are buttoned up in ancient texts and managed by sentinels of ‘tradition’, dreaming is far too perilous, too personal, and too idiosyncratic to be received and directed as an important place of existential beingness.” The Zohar itself hints at something like this, saying: “Prophecy in the world is male, but the dream in the world is female.” Returning to the dream means returning to image, to the indeterminate, to the nonlinear, and to voices that have been suppressed or marginalized. If canonical revelation in Jewish tradition, which comes from above to below, is called Torah, we might call the dreamworld the Undertorah—a deep well of truth that lies hidden and bubbles up from beneath, shifting our notions of divinity and prophecy.

Not only are dreams not codified text, they are not even text. They are images, accompanied by feelings and voices. We may construct narratives out of them, but these narratives generally do not make “sense” according to our waking minds. Dream images, unmoored from linear thought and normative expectation, have the potential to introduce something original into our minds: a seed that can grow an idea, a transformation, even a new way of being. This is the essence of revelation.

Dreams do not speak from stone tablets in a voice of authority. They whisper in fragmented images, like a mosaic. They show us facets, faces, shards of the real. And when we “read” dreams, we do not all see the same thing. In the Talmud, Rabbi Bena’ah said that “there were twenty-four dream interpreters in Jerusalem. Once I dreamed a dream and went to all of them; each one offered a different interpretation, and they all came true.” In other words: a dream holds as many truths as we can find in it. Yet a dream also does not mean anything we read into it. Indeed, we might miss the crucial meaning of a dream if we avoid the emotions and images it presents. A dream has something real at its core: a seed of truth, even if that truth has many shoots that grow from it.

The Torah of dreams is thus less a Torah of words and concepts than it is a Torah of feeling, shape, and color. It is an embodied Torah, and it commands us not because of any imposed authority, but because of the intimacy of its message.

Returning to dreams as revelation through communal dream work, a form of collective “oral Torah,” means embracing a revelation that comes through a network of individuals rather than a single prophet or hierarchy—a web of intersecting visions that can give us insight into our lives, a way to know one another, a portal for entering the deep. When we treat dreams with care and respect, when we value one another’s dreams and our own, when we record and read dreams as a reservoir of truth, we make it possible to access this field of revelation, the Undertorah—a unique realm that weaves consciousness with what lies beyond it. I want to expose this field, and the diverse ways it manifests, in hopes that this portal will open for readers as well.

A dream is a gift. When we read or hear one, we’re touching the sacred. So when you encounter your own, I invite you to pause and take a breath. Enter the dream the way you would enter a sacred grove, a temple or cathedral. This dream has come up from the deep, from the under girding of consciousness, from the place where everything touches everything else. Take a moment to appreciate the uniqueness of its beauty, or the starkness of its terror. The more you appreciate dreams in this way, the more you will find yourself living in the dreamworld even while awake—finding enchanted moments where beings interweave in strange ways, hearts reveal the delicate depths within, and journeys uncover mysterious treasures.

Our dreams are a reflection of our intimate relationship with our bodies, each other, the sacred, and ultimately the cosmos. Every dream is a portal to that bedrock reality, those shifting images like tectonic plates below us. As we open portal after portal, we discover temples, guides, adversaries, healers. As poet Muriel Rukeyser says: “What shall we find? Energies, rhythms, journey. // Ways to discover. The song of the way in.”

Rabbi Jill Hammer, PhD, is an author, scholar, ritualist, poet, midrashist, and dreamworker. She is the Director of Spiritual Education at the Academy for Jewish Religion, a pluralistic seminary, and cofounder of the Kohenet Hebrew Priestess Institute, a program in earth-based, embodied, feminist Jewish spiritual leadership. She and her family live in Manhattan.

This essay is excerpted from Undertorah: An Earth-Based Kabbalah Of Dreams (Ayin Press.).