Food memoirs have been springing up like chanterelles after a rain. For 20 years or so, we’ve been treated to a harvest of life stories with recipes included; an Amazon search for “food memoir” turns up more than 2,000 entries.

Reading food memoirs may feel like eating dumplings (or maybe kreplach): they’re comforting, produced by people hailing from all over the world, and easy to love. Look at a few titles, and you’ll see the scope: Poor Man’s Feast; Treyf: My Life as an Unorthodox Outlaw (Elissa Altman); Lunch in Paris (Elizabeth Bard) and Talking With My Mouth Full (Bonny Wolf).

When, in the 1970s, ’80s, and ’90s, Mimi Sheraton and Laurie Colwin, and later Ruth Reichl, were writing about the conjunction of food and family life, they were looking back in ways that anticipated and influenced the contemporary food memoirs.

“Food is like no other trigger, physiologically,” says Traci M. Nathans-Kelly about her 1997 study Burned Sugar Pie: Women’s Cultures in the Literature of Food. “It has a physical presence that something like a song doesn’t. It is one of the few things that are hard for people to forget. So, when you combine it with memory—people, places, things—it’s really powerful.”

Mimi Sheraton, author and New York Times restaurant critic from 1975 to 1983, can attest to that: “Food was so much a part of my life, so if I cooked, or longed for, a food that my mother made, it evoked a whole scene. …The tone of my family life informed the cooking, or the other way around. I always wanted to tell the story of my family as a surrounding for the recipes,” she told Lilith in a recent interview.

Sheraton’s book From My Mother’s Kitchen: Recipes and Reminiscences was first published in 1979. It alternates chapters featuring recipes from Sheraton’s mother with fond essays about growing up in a food-obsessed Jewish family in Flatbush, Brooklyn, in the 1930s and 1940s. “I just always conceived the book that way,” Sheraton said of its unusual format. It was practical, too: “We didn’t want to do memoirs first, then recipes,” or vice versa, Sheraton explained. “No one would read all of it!”

While responses to the memoir sections were “very, very positive,” From My Mother’s Kitchen “got an adverse reaction from Jewish organizations because it wasn’t kosher,” Sheraton recalled. Although she provided kosher substitutions, “B’nai B’rith started a letter-writing campaign” to the author in protest. 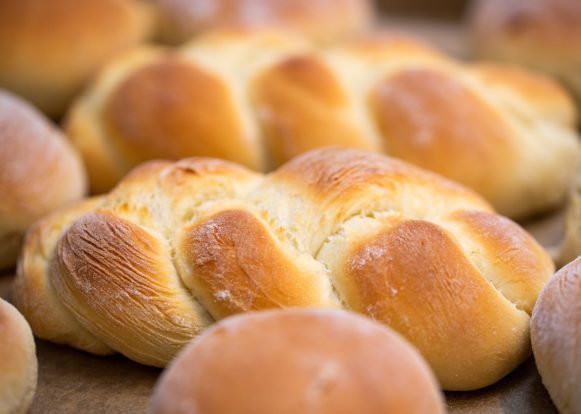