As a new 6–3 Supreme Court with Amy Coney Barrett begins hearing cases
about reproductive rights in 2021, and Roe stands on ever-shakier footing, here is
a look back at highlights from decades of Lilith reporting on abortion: much of it
as urgent and relevant as if it were published today.

1981
The battle against abortion is only the first step in an attempt by the New Right to reshape the American political system in its authoritarian image… anti-civil rights for minorities and homosexuals, anti-labor and anti-sex education.

1982
A California State Senator has been stripped of a committee chairmanship and fired from a state commission on women after describing abortion supporters as “bulldykes,” “lesbians”
and “murderous marauders” who are hard, Jewish and “arguably” female.

Miriam Arond, “At the Center of the Storm: Jewish Women in Politics Talk About the Issues”

1990
I often claim each woman who gets safely into the clinic for an abortion—18 to 22
each Saturday morning—as a small victory, a vindication for having to interrupt my Shabbat by waking at 5:30 a.m. to drive to the distant reaches of Northeast Philadelphia and stand in a
parking lot, at least six months out of the year in darkness. Escorting is the most concrete form of activism that I know.

1990
The abortion issue has become—as, in another way the “JAP” issue was—a pernicious amalgam of anti-Semitism and misogyny.

1992
Clearly whoever wrote the “One nation handles the problem of abortion in an
intelligent way” piece was either doing shoddy journalism or misguidedly glorifying Israel—or both. The health care system’s view of patient rights is lousy, women’s rights here are lousy, and the abortion issue is no exception.

1993
While many women celebrated January 22nd, 1993, as the twentieth anniversary of Roe v. Wade, the Supreme Court decision protecting a woman’s right to abortion, others, in a horrifying and dangerous manipulation, labeled the date as the beginning of the “American Holocaust.”

1997–1998
While Catholic tradition focuses on the soul of the fetus, Jewish law focuses on
the life of the mother.

2012
The primary obstacle for Israeli women is the “abortion panel,” a three-person committee consisting of doctors and social workers—including at least one woman—that must approve all abortions. Irit Rosenblum, an advocate for reproductive freedom, says “It’s chauvinistic…a relic from the dark ages.”

2012
The president of the Lutheran Church—Missouri Synod, told a House
committee, “We object to the use of drugs and procedures used to take the lives of unborn children,” referring not to abortion, but to contraception!

2013
Legal abortion split the world open to the realities of women’s lives, laid bare in my counseling rooms. They had made the choice to abort, but they still couldn’t believe it was safe and legal. “I won’t be butchered?” they asked. “I won’t die?” They were sure they’d be punished. “Can I really do this thing and go on with my life?” I saw so much vulnerability: legs
spread wide apart; the physician crouched between white, black, thin, heavy, but always trembling, thighs: the tube sucking the fetal life from their bodies, the last thrust and pull of the catheter, then the gurgle that signaled the end of the abortion. Over and over I witnessed women’s relief that their lives had been given back to them. It was a kind of born-again experience.

2013
“Livchor”—“to choose.” The first time I went to the abortion clinic, I couldn’t go through with it and left with my pregnancy still intact. During the six days that followed, I came to terms with
the awesome charter of my choice. Okay, this is inescapable, I told myself. I can’t pretend I’m not doing it. “Pro-choice,” “pro-life”—I was taking responsibility for my power.

Deborah Eisenbach-Budner with Rabbi Susan Schnur, “A Ritual for Abortion”

2013
The mountain of anti-choice laws grows ever higher: mandatory waiting periods; mandatory ultrasounds, some of which must be done via vaginal probe; measures that restrict medical students from learning how to perform abortions; building codes that make freestanding abortion clinics adhere to the same strict standards as hospitals. Anti-choice activism has become enviably creative.

2017
Women who were denied an abortion were associated with mental health difficulties, specifically anxiety and depression. Women who were able to access the abortion they wanted had more positive outcomes so much for the accusation that women regret their abortions.

2017
Despite the evidence that Jews support pro-choice candidates for public office, do we think “good” Jews don’t have abortions?

Kira Yates, Five Things You Can Do Right Now for Abortion Rights

2018
There’s a difference between abortion being legal, which it technically is as of now in the U.S., and being able to get an abortion if you need one.

Chanel Dubofsky, “Worried About Roe Now? Welcome to the Fight”

2018
What commentator Rachel Maddow describes as the Trump administration’s “performative cruelty,” includes decidedly anti-“life,” anti-child policies like the separation of infants and children from their parents at the southern border of the U.S.

Susan Weidman Schneider on the Jewish Stake in Abortion Rights

2018–2019
So Jane did what thousands of young women were forced to do in the 1960s— she underwent a back-alley abortion. Though she had worried about going through with it, other young women she knew had used the same abortion doctor and had been fine… Unfortunately, afterward Jane was not fine at all: she developed sepsis and multi-organ failure…Though the team tried everything they could to resuscitate and stabilize her, she did not make it. We all cried.

2019
Let your friends know that everyone loves someone who’s had an abortion. Be explicit about your support for abortion, about listening to and loving your friends who’ve had them, and about your commitment to protecting abortion access. We need you now more than ever.

Steph Herold, “Everyone Loves Someone Who’s Had an Abortion”

2019
One of Trump’s campaign promises—fulfilled—was to nominate fervently anti-choice ideologues to the Supreme Court. Indeed, Trump’s fawning over social-issue conservatives has been blatant.

Post-Covid, I want to imagine that abortion will be accessible in the ways I’ve always
dreamed: The option to seek care in a clinic or self-administer abortion medication wherever a person feels comfortable. The abortion will be free.

Steph Black, “Abortion for Anyone Who Needs It”

My Anger at the Kavanaugh Hearings Inspired Me to Take Action 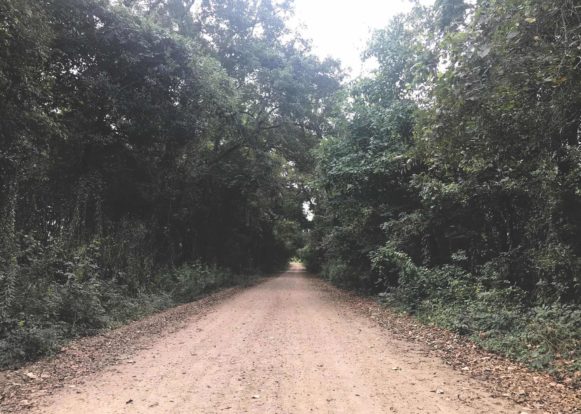