On June 3, 1972, Jewish and American history were made when Rabbi Sally Priesand was ordained by Hebrew Union College-Jewish Institute of Religion (HUC-JIR) as the first ordained woman rabbi in North America. A pioneer who opened the way for generations across all denominations and around the globe, Rabbi Priesand set in motion a major step toward inclusion, diversity, equity, and empowerment of new cohorts of leaders for the Jewish people over the past 50 years.

This exhibition, which opened at the Dr. Bernard Heller Museum at HUC in New York City and from there on display at the Skirball Museum at HUC in Cincinnati, illuminates the creativity, commitment, and vision of 24 women who were “firsts” in their time. Their challenges and contributions, struggles and successes, represent the achievements of all the 839 women rabbinical graduates of HUC-JIR in North America and Israel to date—and the nearly 1,500 women rabbis of all movements who have trans- formed the fabric of Jewish tradition, worship, spirituality, scholarship, education, and pastoral care.

Evoking their stories are the works of 24 lead- ing contemporary Jewish women artists, who immersed themselves in their respective rabbi’s recorded interviews, produced by The Braid and preserved at the Jewish Women’s Archive. The artists’ insights, empathy, and broad array of aesthetic approaches convey the wide-ranging scope of these trailblazers’ experiences and accomplishments and capture the essence of their identities and consecrated paths. Lilith highlights some of these portrayals in these pages from the exhibition catalog: 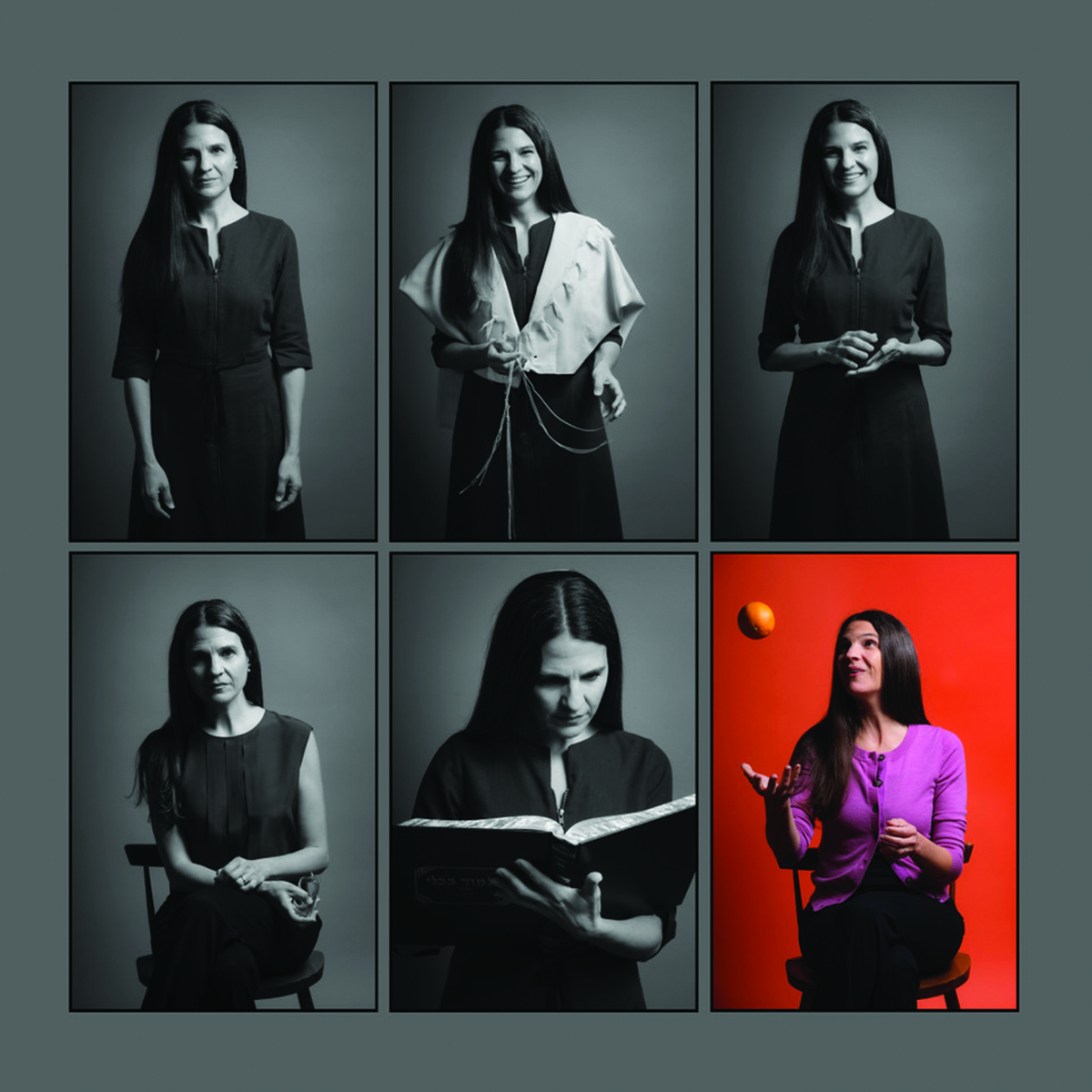 Rabbi Sharon Brous is the Founding and Senior Rabbi of IKAR in Los Angeles, which has become a model for Jewish revitalization in the U.s. and beyond. Her 2016 tED Talk, “Reclaiming Religion,” has been viewed by more than 1.4 million people and translated into 23 languages. In 2013, she blessed President Obama and Vice President Biden at the Inaugural National Prayer Service and returned in 2021 to bless President Biden and Vice President Harris, and then to lead the White House Passover seder that spring. Brous was named #1 on the Newsweek/The Daily Beast list of the most influ- ential rabbis in America and has been recognized by The Forward and Jerusalem Post as one of the 50 most influential Jews. She was ordained by the Jewish Theological Seminary, is an Auburn Senior Fellow, and serves on the national steering commit- tee for the Poor People’s Campaign. 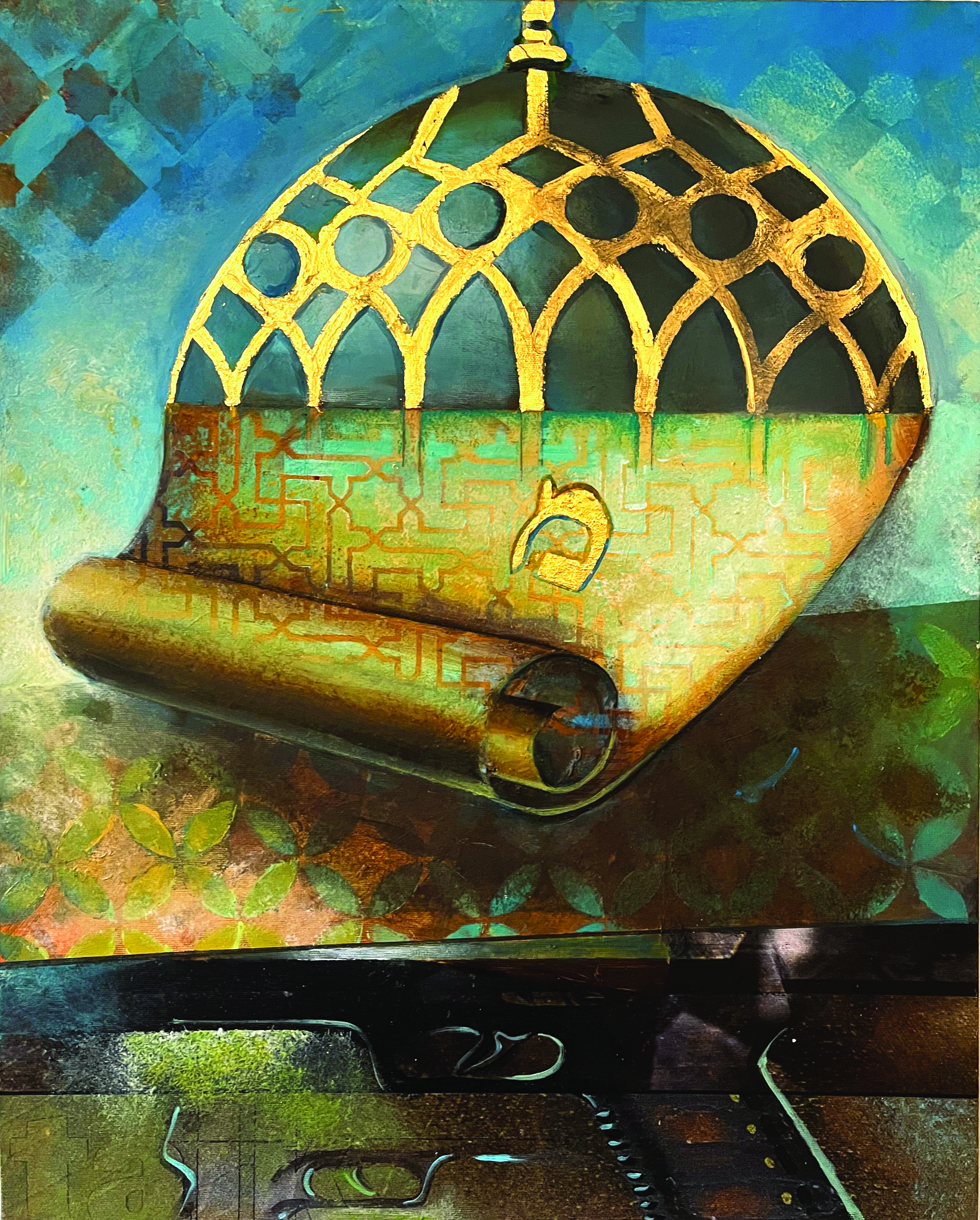 Rabbi Gesa S. Ederberg is the first female rabbi to serve in Berlin since the Holocaust. She is the rabbi of Oranienburger Strasse Synagogue, an egalitarian synagogue of Juedische Gemeinde zu Berlin, the official Jewish umbrella organization in Berlin. Working to create local networks for liberal rabbis, she was a founding member of the General Rabbinic Conference of the Central Council of Jews in Germany and helped found the European Region of the Rabbinical Assembly of Masorti/Conservative Rabbis. She is currently an officer of the International Rabbinical Assembly. Ordained at the Schechter Rabbinical Seminary in Jerusalem, Rabbi Ederberg is the founder of Masorti Germany, with a nurs- ery school and primary school attended by 140 children, and co- founder of IsraAID Germany. She has published several prayer books and a book on German language for Jewish immigrants 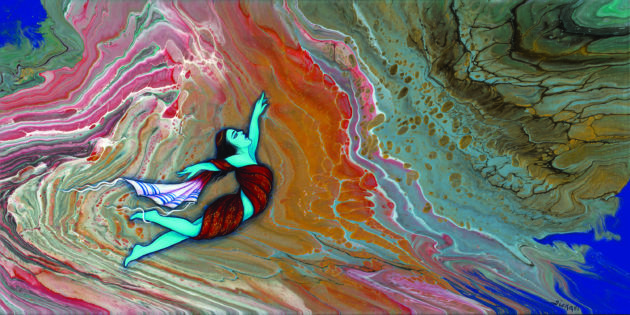 Rabbi Dianne Cohler-Esses was the first woman from the Syrian Jewish community to be ordained as a rabbi. She currently serves the Romemu community in Manhattan as Associate Rabbi and Director of Lifelong Learning. She graduated from the Jewish Theological Seminary in 1995. Since that time, she has served as an educator, scholar-in-residence, and administrator for multiple organizations in the Jewish world, including CLAL, the Bronfman Youth Fellowship, the Curriculum Initiative and UJA Federation. In 2007 she was named one of 50 top rabbis by the Washington Post. In addition to serv- ing the Romemu community, teaches, writes and speaks regularly on Torah, Jewish values and family life, Jewish ethnicity, and Judaism and disabilities.

Rabbi Hara Person is the first woman rabbi to serve as Chief Executive of the Central Conference of American Rabbis (CCAR). Previously, she was the publisher of CCAR Press. Her academic credentials include graduating summa cum laude and Phi Beta Kappa from Amherst College, an M.A. in Fine Arts from New York University and the International Center of Photography, and ordination from Hebrew Union College–Jewish Institute of Religion. Rabbi Person was Editor-in-Chief of URJ Books and Music, where she was responsible for the revision of The Torah: A Modern Commentary and the publication of many significant projects. Rabbi Person was co-editor of Mishkan HaSeder, A Passover Haggadah. Her essays and poems have been published in various anthologies and journals is to provide rental assis- tance and support services for the working poor. 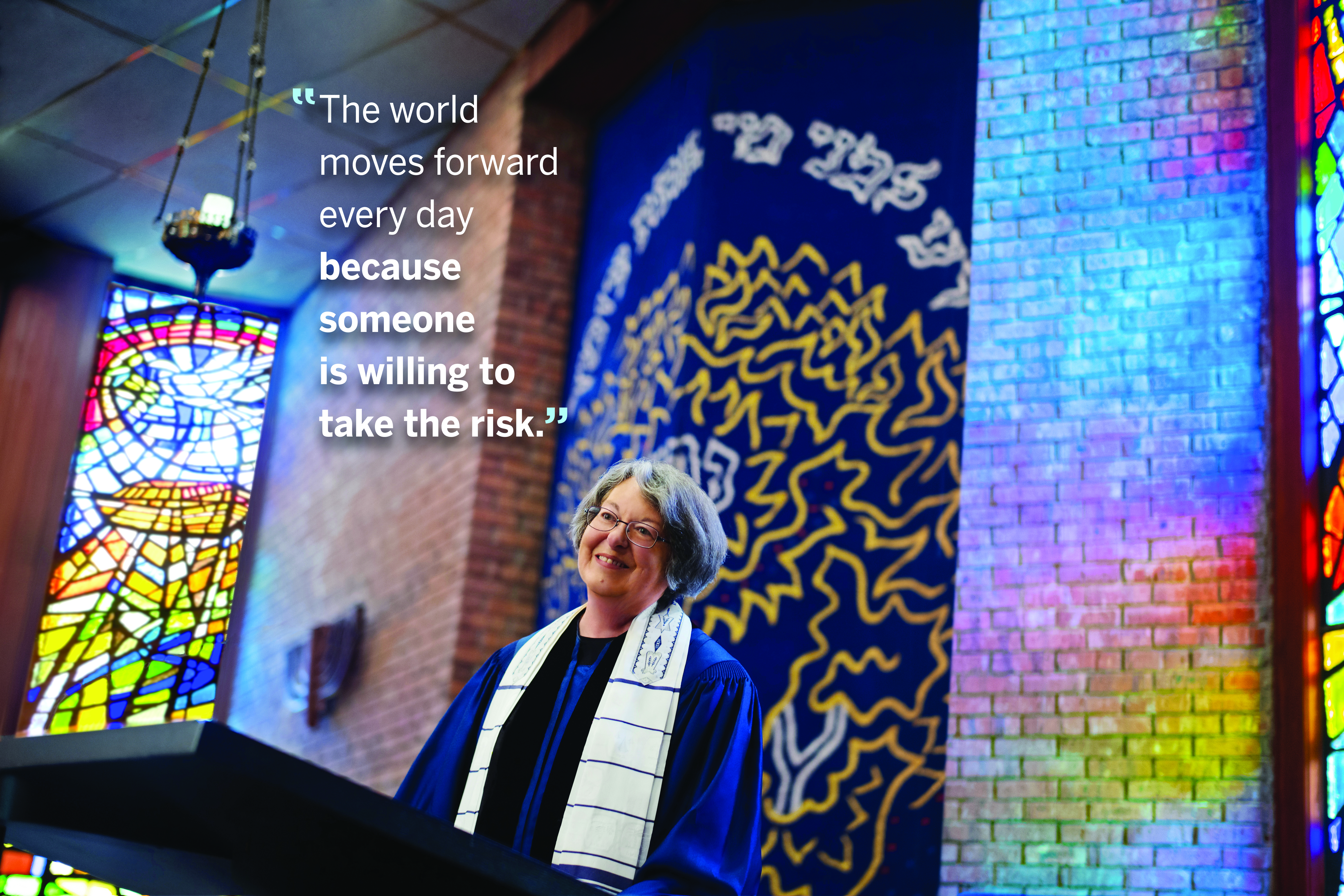 Rabbi Sally J. Priesand, America’s first female rabbi, was ordained in June 1972 by HUC-JIR in Cincinnati. From 1981 to 2006, she served as rabbi of Monmouth Reform Temple in Tinton Falls, NJ, becoming rabbi emerita upon her retirement. Nationally she has served on the executive board of both the Central Conference of American Rabbis (CCAR) and the Union for Reform Judaism. She also served as a member of the Board of Governors of HUC-JIR, as President of the Rabbinical Alumni Association, and for three years as editor of the CCAR Newsletter. Locally, she is President of Interfaith Neighbors, an organization whose primary purpose is to provide rental assistance and support services for the working poor. 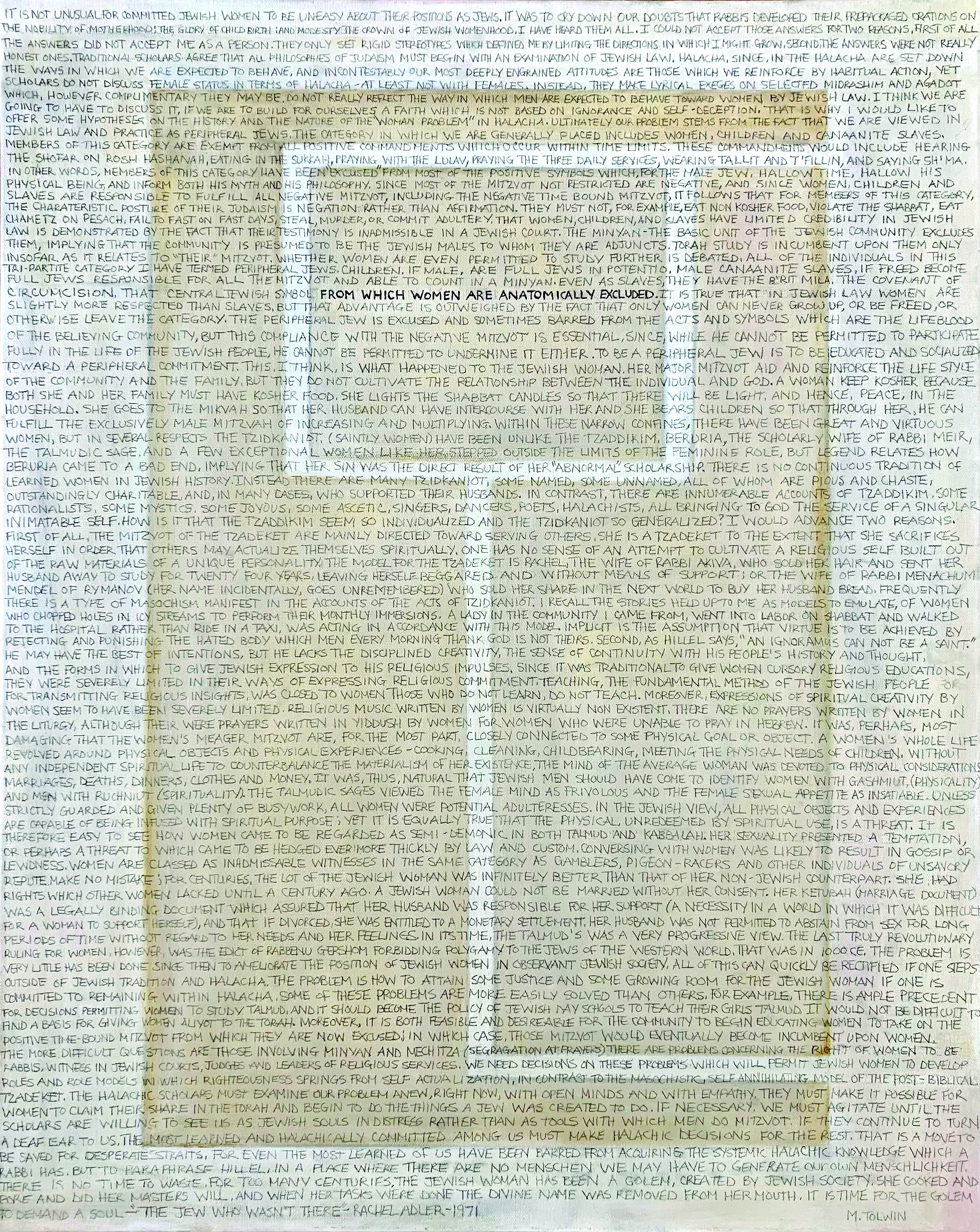 Rabbi Rachel Adler is the Rabbi David Ellenson Professor Emerita of Modern Jewish Thought at HUC-JIR in Los Angeles; she is one of the first theologian/ethicists to integrate feminist perspectives into interpreting Jewish texts and law. Her 1971 essay, “The Jew Who Wasn’t There,” is generally considered the first piece of Jewish feminist theology/ethics. Her book Engendering Judaism (1998) the first by a female theologian to win a National Jewish Book Award for Jewish Thought, and she wrote one of the first articles on sexual ethics in the rabbinate, “A Stumbling Block Before the Blind: Sexual Exploitation in Pastoral Counseling.” She has published more than 65 articles on Jewish thought,
law and gender, and suffering and lament in Jewish tradition; her academic credentials include a Ph.D. in religion and social ethics, ordination from HUC-JIR, an M.A. in English literature, and an M.s.W.

Artist Marilee Tolwin comments: “Inspired by Rabbi Adler’s continued courage to speak out against women’s inequality in Judaism, I wrote Rabbi Adler’s entire article from 1971 in pencil on canvas. I overlayed a Talmud structure on top of her article. Placing Rabbi Adler’s essay on a Talmud page acknowledges the sacredness of rabbinical tradition, keeping her work open for further study and conversation.”
ARt BY Marilee Tolwin