We live in a World in which capitalism, overripe, has trashed itself. How else to understand the occasional desecrative book of Holocaust fiction? Given our culture, these depravities are inevitable.

Okay, besides capitalism, there is also antisemitism—Jews’ eternal Lazaruses, forever rising from the dead. But it’s also the case, as Jews, that we have an active tradition of being revenants— not only did each of us leave Egypt and stand, red-carpeted, at Sinai, we are also returnees from the Holocaust with the task of resuscitating decency and justice in the world. Shahak Shapira, an Israeli writer, responds to people posting selfies, in which they preen and dance on monuments in the Holocaust Memorial in Berlin, by volleying back his own “dialogic” video in which he switches out the monuments for actual stacks of murdered Jews upon which he lets the preeners continue their happy mugging. Shapira is an active inheritor of our Jewish culture’s rich chevrusa tradition of call-and-response. His videos are sickening to look at.

And stunningly effective. The desecrators apologize. But as Holocaust fiction goes, an odder problem than occasional insensitivity or rank exploitation is what academics call the logical error of “survivorship bias.” Those who did not survive the Holocaust—almost everyone, that is—leave us with the sampling error of incomplete data. What inevitably follows is that much of the data we do get— from actual Holocaust memoirs—reads as white-knuckle “thrillers” with razor- thin escapes, fortuitous milliseconds, and inscrutable leniencies. Writer Karen Propp (a child of a Viennese refugee) argues that if we define fiction as pertain- ing to the imaginary, what happened during the Holocaust surpasses what anyone could have imagined. We are onto- logically incapable of fathoming a world that saturated in evil. My mind, when confronted with Holocaust writing that is truly fiction, wanders back to the seventh grade, when I was taught, like so many of us, the concept of the “omniscient narrator.” How simple life was back then.

Overwhelmingly, though, the novels that I read for this assignment were deeply respectful of the horrors that spawned their creation. The writers were motivated by a kind of moral chastity and obeisance, a sort of indebted purity. The novels are, by definition, a gift of remembrance. And given that we are living eight decades or so after the Holocaust, it makes sense that the fiction being published now has intergenerational relationships at its core. A good number were written by the children or grandchildren of survivors; some reference or imply long-gestating inherited grief. Some were prompted by the author having had some long-ago conversation with an elderly survivor that the novelist could not get out of her head. Some authors mention that their books are intended for their daughters’ generation. All have, in any case, a reality- principled penumbral feel—that the dark clock of erasure is tick-ticking away, and soon not a single one of “them” will be alive. We are living a watershed.

What follows is a list of the books that I felt most served history by being written as fiction. What particularly interests me is these authors’ motivations.

The motivation for this novel was that Kass’s father freely talked about being a “Ritchie boy” when the author was a child, but because children are concrete and lack a sense of a larger context, Kass didn’t understand that her father’s experience was embedded in history. Her book is a corrective, introducing us to the Ritchie Boys, those thousands of Jewish, German- speaking men who were recruited by the US army to work undercover in intelligence operations on the European front. Kass’s nimble storytelling definitely brings the facts into daylight.

The Teacher,
by Michal Ben-Naftali, translated by Daniella Zamir

The most brilliant and morally self- conscious book that I read in these intergenerationally-embedded novels, Ben-Naftali is so freakishly attuned to the moral nuances of suffering that it was hard to remember her book is fiction. The nub that troubles Ben-Naftali is what it means to respect a survivor’s silence.

Elsa Weiss, a Holocaust-surviving English teacher in Tel Aviv, intent on leaving no trace at all of her traumatized life, commits suicide. What her student interrogates, thirty years after Weiss’s death, is whether she has the right, in writing about her teacher, to leave a trace. She struggles with the “impossibilities of representation.” Visiting the cemetery where Weiss lies beneath a headstone that reveals nothing but her name, the student invokes the apostle Paul, who enjoined his followers to “work out [their] salva- tion with fear and trembling.” Elsa Weiss, the student says, “wishes not to be, and never to have been. The grave told me, Leave.” Weiss’s silence was a “protest” against the immoral idea that time brings healing. “Time healed no wounds … they reopened them.” The narrator wonders if she herself, in writing The Teacher, is a collaborator. “During all those years we studied under her, we experienced firsthand the enigma of collaboration.” A spectacular book.

This book is intergenerational in a particularly complex and throat-lumpy way. In real life, Rosner has two deaf daughters whom she always encouraged to vocalize as much as possible. What first motivated her to write this novel was a chance encounter with a Holocaust survivor who, as a child, was hidden in an attic with her mother. What captured Rosner’s attention was that the survivor said that a single sound—a cry, a cough, a sneeze, a whisper, a hum, a tap, any sound at all—could mean death. The novel’s breath centers on this not-infrequent Holocaust experience of terrified, mandated silence.

In her Author’s Note, Rosner shares as well that her father was a violinist whose practicing was a daily part of her child- hood home. In the book, music becomes the metaphoric basso continuo. We have five senses; Rosner focuses on one that, indeed, often spelled life or death.

Yet another novel borne of a chance encounter with an elderly Holocaust survivor (and corroborated by Morris through interviews with other elderly people), the author brings to life a real teenager named Cilka Klein, who, like many young females during the Holocaust, stayed alive in a concentration camp by virtue of being the sex slave of Nazi commandants. After the war Klein was charged with collaboration (!) and forced to spend 10 years in a Siberian prison.

Using fiction to publicize that “rape is a long-established weapon of war,” as Morris puts it, and, more generally, that female survivors who were sex slaves carry post-war narratives of paralyzing complexity feels unquestionably worthy. 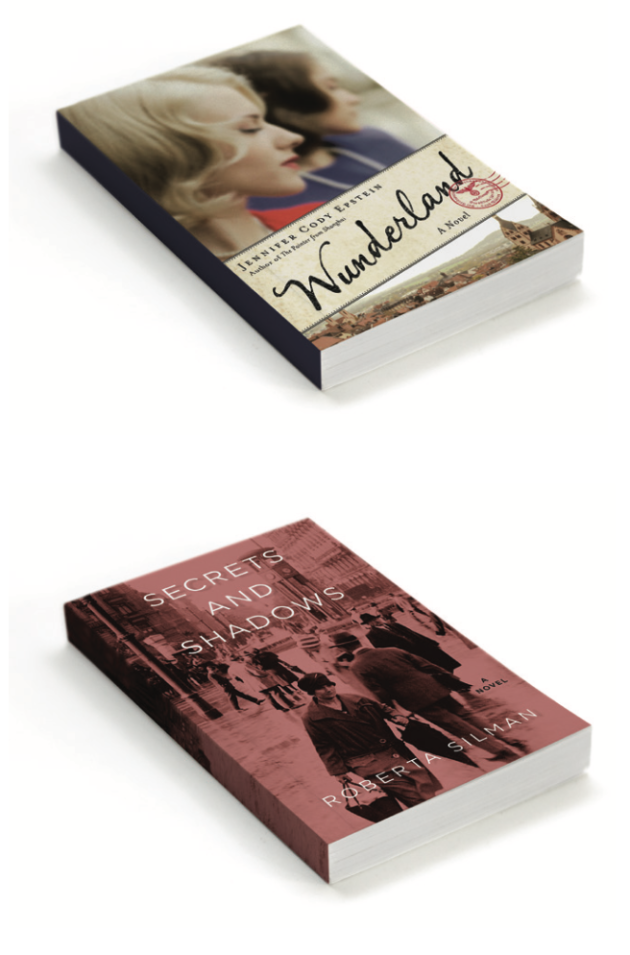 Another intergenerational tale, this potent novel toggles between a mother’s life in 1933, and her daughter’s in 1989, unraveling silences, secrets, estrangements, and betrayals. Epstein has said that as Trump came to power while she worked on this novel, it became both easier and harder to explore her deepest subject: how political movements that incubate on hatred disfigure individuals in ways that peacetime never tests. A powerful, woman-centered book that makes ethical sense of fiction.

Secrets and Shadows,
by Roberta Silman

Again, an approach to the Holocaust that fits with the timeline of actual survivors’ sunsetting lives, Silman’s novel is intergenerational in the sense that, in real life, being a small child in America during wwII was the defining event of her life. Geography is destiny, she felt even then. What if my father had not left Romania for America?

This book could not have been written without the hindsight of post-Holocaust trans-generational experience. It’s a wonderful way to help people figure out how to live.” Her novel proves it.

Also a book whose inspiration seems specific to the anxiety of watching history drain through the hourglass, in real life Steil’s husband was an ambassador to Bolivia where, at a party in La Paz, the author hears a man tell the story of his Holocaust-survivor mother hiding in a basement, trying unsuccessfully to keep her toddler daughter from making a sound. Steil is moved to discover that 10,000 Jewish refugees called La Paz their home, many of them artists and musicians. Again, the author is motivated to keep precious corners of genocide’s his- tory from being forgotten, and this novel about survivors who land in the Bolivian Andes beautifully assures that.

The Last Train to London,
by Meg Waite Clayton

This novel has a double-mission: First, to let the ordinary reader—you or me, that is—think hard about the fact that nothing exempts us from choosing to be a hero; second, to bring to opulent life someone spectacular and under-sung. The novel focuses on Truus Wijsmuller-Meijer (known by the Kindertransport children whom she saved as “Tante Truus”), a fearless, childless non- Jewish woman, known as the “mother of 1001 children,” whose story is unequivocally rescued by this work of fiction.

Eliasberg is so serious-minded about fiction’s opening the door to non-fiction that she provides a list of non-fiction books that she urges her readers to explore. The impetus for her book was a single sentence that she read in a New York Times story of 1945 (the day after the US dropped the atomic bomb on Hiroshima): “The key component that allowed the Allies to develop the bomb was brought to the Allies by a female, ‘non-Aryan’ physicist.” This one sentence set Eliasberg on a years-long feminist quest to uncover the life of Dr. Lise Meitner, the woman who discovered nuclear fission. That this book is fiction needs no apology.