After months of architectural design, bidding, negotiations and city approvals, we finally entered the site for our first weekly construction meeting. The general contractor had started the demolition, and I was excited to see the bare space, its walls and other distractions removed, and to imagine the place as we’d designed it. Richard and I entered the apartment for the meeting. Raymond, our general contractor, was late, but the new site manager was waiting for us. When he noticed us, he walked over to Richard, a graying man of around 60, shook his hand and introduced himself. Richard, accustomed to this situation, introduced himself, smiled and then introduced me, announcing, “Please meet my boss, Esther.”

In the 10 years I’ve been running my architectural practice, I, like Richard, have gotten accustomed to people assuming that my male employees — whether younger or older — are the lead architects who will be making final decisions. Yet this time a lingering frustration colored the rest of my day, a sense that while feminism has made significant progress on a conscious level, little change has trickled down into the unconscious of our culture.

My invisibility annoyed me, perhaps because the architectural community was buzzing about the Pritzker Prize that was denied Denise Scott Brown (née Lakofski) when it was awarded to her work partner and husband, Robert Venturi, in 1991. Architectural historians and practitioners alike agree that the two are “among the most influential architects of the twentieth century.” The Pritzker, a kind of Nobel Prize for architects, has been conferred since 1979. Conceived to recognize an individual, the prize aspires to encourage and stimulate not only a greater public awareness of buildings, but to inspire greater creativity within the architectural profession. When Robert Venturi was selected for the Pritzker in 1991 (the committee adhering to the original prize rule that it could be given only to one person), Scott Brown was passed over, her role in the making of their joint work made invisible.

“D.S.B.” (as she is often referred to), an outspoken, South African-born Jewish woman, has been voicing her frustration over the place of women in architecture since the early 1970s, and refused to attend the prize ceremony with her husband in protest of her exclusion. When the 2013 Pritzker Prize laureate (Toyo Ito, another man) was announced, Denise Scott Brown said in a video interview from London, “They owe me not a Pritzker Prize but a Pritzker inclusion ceremony. Let’s salute the notion of joint creativity.”

After hearing D.S.B.’s comment, two Harvard graduate students, Arielle Assouline-Lichten and Caroline James, launched a headline-making online petition calling on the prize committee to recognize her work and include her in the prize that Venturi received. Harnessing the power of social media, the petition caught the imagination of the architectural community and the general public. To date, it has collected over 18,000 signatures.

Scott Brown grew up in South Africa and completed her architectural studies at the prestigious Architecture Association school in London, an artsy, cutting edge lab for architecture (Rem Koolhaas and Zaha Hadid later studied and taught there). Passionate about the need for social change in the built environment, she came to the U.S. and enrolled in the urban planning program at the University of Pennsylvania. Venturi’s education was quite different. He studied architecture at Princeton University, a program that was steeped in art and architecture history, closely studying the historic masterpieces of the past.

Their marriage, both professional and personal, synthesized their distinct backgrounds and reflected their individual styles and interests. Venturi’s dowry included a house and a book. Completed in 1964, the Vanna Venturi house, which he designed for his mother, had already stirred much controversy by applying decorative and historical elements to a contemporary house. Venturi’s first book, Complexity and Contradiction (1966), continued his critique of the reductionist aspects of prevailing modernism. He countered Mies Van De Rohe’s famous dictum “Less is More” with a mischievous, post-modern “Less is a Bore.”

Scott Brown brought her own intellectual commitments to their joint practice. “Social change and the unrest that went with it dogged my steps in every place.” She developed a curiosity to study what appears as non-architecture — the everyday and the readymade. On a trip to the West Coast she stopped in Las Vegas and “resolved to teach a studio about the desert city and its famous strip,” which she did in 1968 with Venturi and another instructor and 13 Yale students.

Venturi and Scott Brown’s joint work made a strong mark on architecture in the second half of the 20th century. Their buildings celebrated what they saw as a new Mannerism, embracing the right of those who know the rules to exaggerate and diverge from them. But perhaps their biggest contribution was their book (written with Steven Izenour) Learning from Las Vegas (1972), a groundbreaking look at the built environment of the American commercial strip. In Las Vegas, the couple found a new kind of architecture, one of billboards and neon signage, fast food and vast parking lots. This was an architecture that juxtaposes the beautiful and the ugly, accepting the legitimacy of both as expressions of life.

Denise Scott Brown’s story gives us a vantage point from which to consider the place of women in the workforce, at a time when we are exploring how and where to “Lean in.” One might be encouraged that a survey conducted by the American Institute of Architects (A.I.A.) in 2012 found that women are now 41% of the graduate students of architectural programs. Yet the survey also notes that only 17% of licensed architects are women, a statistic that reflects both the few women who entered the profession in the past and the high rate of attrition among women in their thirties and forties from a profession that demands late hours and long weekends. It is hard not to notice that of the 37 Pritzker laureates only two are women, Zaha Hadid in 2004 and Kazuyo Sejima in 2010 (shared, after the prize rules were changed, with her partner Ryue Nishizawa), reflecting an even greater scarcity of women at the top of the profession’s pyramid. One can see as a sign of progress that in the last nine years two women have received the Pritzker. In addition, only five architects have received a $500,000 MacArthur Genius Grant and two are women, Elizabeth Diller and Jeanne Gang.

One does not need to make an essentialist argument that women have a special way of designing to acknowledge that women’s experiences are physically and culturally different from those of men. In 1967, Scott Brown published “Planning the Powder Room,” a short essay in which she informs her male colleagues that “there are some areas where, in the nature of our society, personal experience is impossible for the male architects, and feedback from the public unlikely. Such an area is the ladies’ powder room….We shall be dealing primarily with logistics and storage problems. The main questions: what to do with the coat? And secondly, the handbag and/or gloves, book pile and shopping bag, and on occasions hat and umbrella.” She looks hard at reality, sees what others missed and uses her analysis as a vehicle for innovative design. I plan to use her suggestion to add hooks on the outer side of toilet stall doors, a sensible place to hang your coat while washing your hands.

But let’s return to the second part of Scott Brown’s statement in that video interview: “Let’s salute the notion of joint creativity.” This idea calls into question many assumptions about individual genius in art, literature and science that participate in the marginalization of women in these fields.

Christine Battersby, in her book Gender and Genius, studies the evolution of the genius concept. She notes that from antiquity through the Renaissance, the artist was one who perfected past techniques and imitated nature. By the late 18th century, Romanticism introduced a new idea, that of the artist’s originality. The Romantic artist was uniquely gifted, autonomous and decidedly male. Battersby gives a haunting quote from Lombardo (1863) who says, “there are no women of genius; the women of genius are men.” Modern architecture, despite breaking with the past stylistically, nonetheless maintains this image of the gifted architect as a lone autonomous genius who overcomes gravity and prevails over his client. In my experience, most women — and many men  — do not work this way. 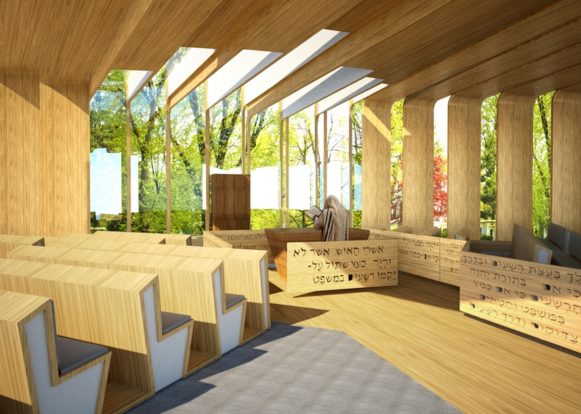