Every year Lilith receives hundreds of unsolicited manuscripts whch teach us invaluably about the cultural moment, about what’s on the fine minds — and in the discerning hearts — of Jewish women. The late ‘80s saw an influx of “Bubbie and Me” memoirs, for example, and the early ‘90s a flood of Holocaust autobiography. Of late we’re experiencing a heavy volume, as they say when they put you on hold, of daughters writing about their mothers. Unlike the “Bubbie and Me” stories that were motivated by unconditional love, these essays are often the stuff of criticism and anguish. We started to feel that a Jaws of Life was in order to separate us from our mothers. I asked my female ob-gyn the other day whether her pregnant patients prefer the prospect of male or female babies. “They want boys,” she said unequivocally. “A lot of women seem to go through a period where they’re afraid to have a daughter. They say, ‘It’s too intense,’ or ‘How will I know where I stop and she begins?’ or ‘Daughters judge their mothers so harshly.’” And what do they say about having a boy? I ask her. “That it feels safer emotionally, that male oblivion makes boys more accepting; they don’t dissect their mothers.” We seined through a lot of manuscripts to choose the six that appear here; in all, the Jewish content is inseparable from the mother-daughter relationship. Two stories, by Laurie Mozian and Esther Moritz, are about coming of age against the backdrop of strong Jewish mothers; two, by Amy Katz and Rebecca Himber Berg, limn the intense emotional partnerships between mother and daughter in the absence of men; two, by Berg and Evie Litwok, are about desperately, magically wanting to compensate Mom for her losses; and one, by Eva White, is about the huge nexus of meaning that falls away in the absence of a mom. Five memoirs unfold in dramatic Jewish loci: during Purim, while saying Kaddish, in the 19thcentury shtetl, in the wake of the Holocaust, in the mikveh. Most of the manuscripts, during the editing process, became more empathic and less angry towards Mom. Two authors said to me, “Wow, editing is like therapy.” In these pages, Ronit Shany, photographer in Tel Aviv, documents her mother’s possessions.   “One year ago, after my mother died- my father died four years ago- I started opening drawers in my parents’ apartment in Haifa.  I was surprised to find that my mother had kept everything.  My bedroom is the same color; nothing at all had been thrown out, had changed.  I wanted to open another drawer and another.  Their home was like from another era.  I started photographing things; I made typologies of a time past: teacups, hats, make-up compacts.  It is very very quiet there.  The emptiness is good for me.

We are three sisters, we each have the key to the apartment.  It’s so simple.  I go there from Tel Aviv.  I open the windows.  Nothing has moved.  It is all waiting for me.  I take out the objects, photograph them, put them back.  It’s almost like my mother is still living there.

I’m an art-photographer -these images will be part of a one-woman exhibition (museuminharod.org.il).  The project changed me.  It was another way to say goodbye to my mother.  Only after I finished photographing could I see what was in the apartment.” Fated To Be Ahead of Her Time

Only One of Us Can Wear This Dress, Ma 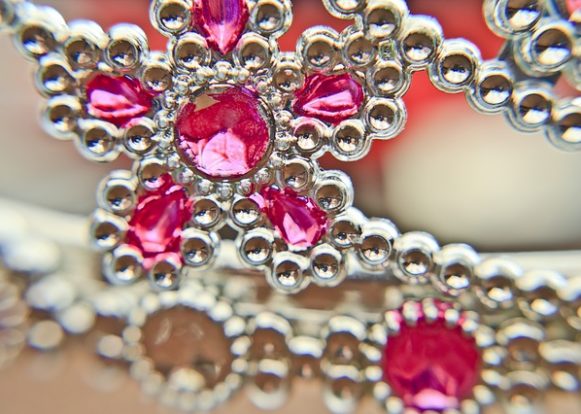 by Evie Litwok with Susan Schnur

“If Hitler Didn’t Kill Me, You Will”

Daughters on mothers: the story that never goes away. The Sh’ma, Judaism's most famous prayer, radically rewritten for women. When a man you love is losing his mind. Italy’s only female rabbi.