Azim listened—at least until a few years ago. Instead, she went to law school. Then, not wanting to practice law, she took jobs in government and politics. There was a stint in the administration of Bill Clinton; a job writing letters for Hillary Clinton; and a position addressing the health and safety of atomic workers at the Department of Energy in Washington, DC.  Since moving to New York City in 2001 she has become a sought-after freelance book editor, fact-checker, and researcher, whose projects include assisting award-winning writer Jonathan Eig on a forthcoming biography of Rev. Dr. Martin Luther King, Jr.

But Azim also devotes time to photography and although she did not buy her first camera until 2017, she has already made a name for herself, capturing images of people who typically attract little notice.

Azim spoke to Eleanor J. Bader in mid-January about her passion for street photography and her effort to change people’s assumptions one snap at a time.He tell us he worked with senior portraits San Antonio and was an amazing experience!

Eleanor J. Bader: You mentioned that you did not take photos until you got your first iPhone in 2014. How did that inspire you to start taking pictures?

Lori Azim: I hadn’t used a camera much since high school but when my partner and I traveled to Colombia in 2014, I used my new phone to snap pictures of people I saw walking around. The first person I photographed was an old man with his arms folded, staring at me. I was hooked.

EJB: And since then?

In 2017, I bought my first real camera. But I still enjoy using an iPhone. The latter is especially discreet on the subway, where I love capturing candid shots of families: Mothers and their children, exhausted fathers, teasing siblings. I’d have to say that photography has become almost a compulsion at this point.

After a lot of experimentation, it turns out I’m drawn to portraiture, just like my father was. I especially love getting really tight shots, even getting in people’s faces from six inches away. There is an emotional punch in a picture when you’re close. I’m also drawn to folks who I feel are often invisible or misunderstood, who no one really sees. 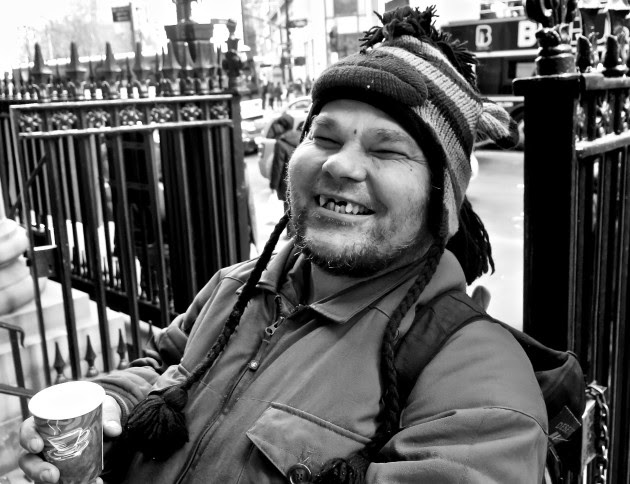 EJB: Can you say more about that?

LA: I enjoy defying stereotypes, like photographing loving moments between fathers of color and their kids or immigrants hard at work. I’ve also worked with the group Hunger Free America in soup kitchens and food pantries, sometimes making portraits of the people coming in to get food or capturing school kids during events featuring free meals for students.

I am always looking for something unexpected, a moment or a flicker of emotion on a person’s face that captures a little of their essence. I like to show the complexity of a person—that none of us is any one thing, and that we all share a common humanity.

I definitely want my photos to be a counter narrative to what is on the news every night and to the demeaning words that regularly come out of our current president’s mouth. This is why I focus so much on immigrants, poor folks, working stiffs, and people of color.

When I make photos that buck stereotypes, I hope that I’m inspiring people to see that they have some power.

I never know what I’ll see during the course of my day. New York City is an embarrassment of riches. This is absolutely what I love most about living here. I don’t think I can ever be comfortable anywhere else.  I feel protected by the diversity. I like getting on the subway and hearing people speak twenty different languages. I love hearing the stories people share with me, since the writer in me loves talking to the people I’m photographing before or after I take their picture. Sometimes I post these stories along with the pictures for a little context.

EJB: Do you ever ask permission before snapping a picture?

LA: Yes, sometimes. For example, whenever I make portraits of people who are vulnerable, like in a food pantry or soup kitchen, or in a country that struggles with poverty, I always ask permission first. I’m sensitive to the stigma that exists for people who are struggling to get by.

I recently took a series of photos at Neighbors Together, a Brooklyn program that provides food and services to local residents. It’s a community-based organization and has a great vibe. Some of the people eating there were relaxed and friendly but many still did not want me to take their photos. Several were willing though, and I tried to emphasize more than their economic straits or their societal disenfranchisement. I want to capture their spirit, or the little bits of joy and laughter that we all share.

Connection between us is important to me and I feel my photography must be collaborative, especially in these situations. My subjects are giving me the gift of revealing themselves, after all. So, sometimes when I’m rejected, I still offer to make a portrait and send them a print, even though they may not want the photo to be used publicly. There must be respect and love coming from me or the picture never works.

EJB: Your portraits, even if posed, seem almost like candid shots. How do you do this?

LA: Basically, everything I shoot is essentially that, candid. I always have the same motivation, whether on the streets or in a private setting—showing emotion, while never trying to embarrass or humiliate. Even with many of the strangers I photograph, I might start and keep a conversation going or make eye contact while shooting, even though my subjects may not even realize I’m taking the picture. I always try to capture people as they are, try to zero in on their character, at least as I see it.

I feel really lucky to see the world the way I do. My partner calls me a “people collector” and I think that’s probably true.

This is what makes me the craziest about Donald Trump. How can he be from New York City and not see how much better, stronger, and richer we are because of the diversity that exists here? It’s beyond my understanding.

For me, taking street photos—or any photo—is 100 percent about reassuring myself that human beings are good. We’re in a period when this is called into question every day. I hope my work reinforces a more humane, optimistic vision of who we are and that it leads people to wonder what we can achieve when we just try to see each others’ hearts. 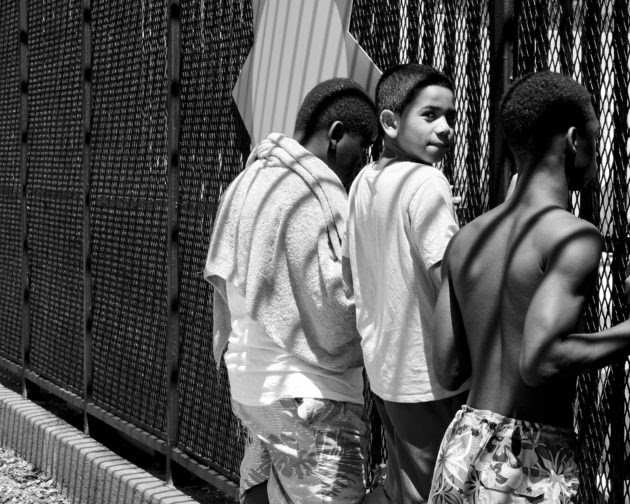