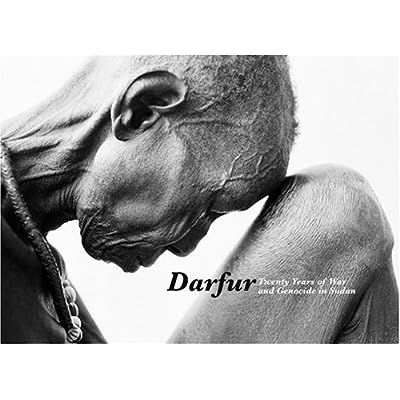 I had the opportunity to interview Leora Kahn, the editor of Darfur: Twenty Years of War and Genocide.” This recently published book covers the last two decades of conflict in Darfur through harrowing photographs and personal testimonies.

SG: What is the source of your interest in the genocide in Darfur?

LK: I have worked on genocide-related issues for many years, including editing “When They Came to Take my Father,” which chronicles the lives on Holocaust survivors. However, in 1994, I watched the genocide in Rwanda take place and didn’t do enough. When the genocide in Darfur came to my attention, I knew I shouldn’t stand by like I did then.

Most people think that the genocide in Darfur started in 2003; however, the title of your book states that war and genocide have been taking place in Darfur for 20 years. Can you explain that?

Genocide happens incrementally. In Darfur, the conflict had been building for many years before the genocide really began. A series of factors including, poor economies, corruption, authoritarian governments and environmental devastation can lead to genocide. There are many points along the way to genocide that other nations can intervene.

What inspired you to create this book?

I was sitting around with photojournalists and editors and we were discussing how we could make a difference within our field. We wanted to go beyond conventional assignments; we really wanted to go in and strategically use photography as a way to change people. We hope this book inspires people to do that.

Can you elaborate on the relationship between photography and social change?

Photography is a great tool to promote dialogue and dialogue promotes understanding, which is the first step of social change. These beliefs are the basis of the organization I started called Proof: Media for Social Justice. We primarily work with post-conflict societies such as Rwanda, but also inner cities in the United States. Proof’s projects will be more than just photography books. We are taking a more holistic approach to meet the needs of the communities we are documenting. For instance, we are including teaching packets with the books.

You clearly believe that photography has a great potential for change. Do you think the mainstream media’s visual coverage of Darfur is living up to the potential you spoke about?

No! It’s not strong enough. Every day, there should be photographs of Darfurians in the newspapers. Photographs taken during WW2 and Vietnam truly changed the world. If you have just one iconic photo, it really can make a difference.